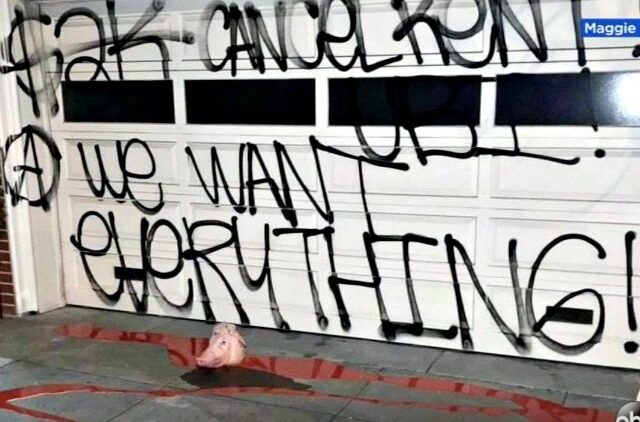 Pelosi’s home had the words “CANCEL RENT!” and “WE WANT EVERYTHING!” reportedly written on the garage door after Congress failed to pass $2,000 stimulus checks for Americans amid the Chinese coronavirus crisis.

Accompanied by the graffiti is a pig’s head and fake blood scattered on the ground. An anarchy logo can also be seen on the left side of the garage door. Photos posted on social media show the vandalism:

TMZ exclusively reported that no suspects have been identified yet and ABC7 News reported that the garage door was quickly covered with black garbage bags to hide the destruction.

“Law enforcement sources tell us … San Fran cops responded to a vandalism call at Pelosi’s home around 3 AM. We’re told a police report was taken, but it’s unclear if they have any suspects,” TMZ reports.