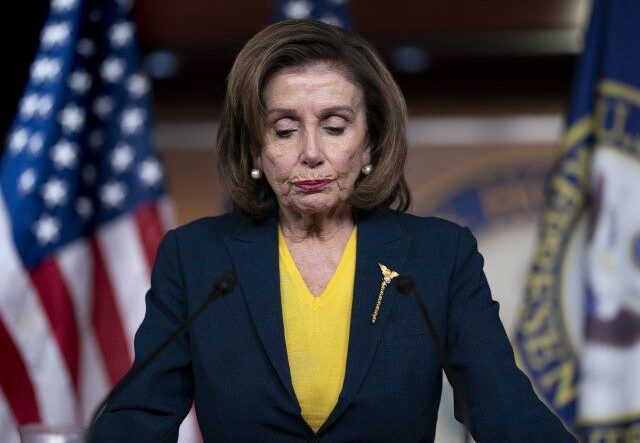 House Speaker Nancy Pelosi’s (D-CA) staff are racing for the exits as retirement rumors about the longtime House Democrat continue to spread.

The executive director of Nancy Pelosi for Congress, Jorge Aguilar, is the latest person to leave Pelosi’s side after being with her for roughly a decade. Aguilar will move to theGroup, a strategy and communications firm, to advise clients on “navigating the intricacies of the Democratic Caucus and stakeholder organizations,” Punchbowl News reported.

Aguilar’s exit could be a clue to Pelosi’s decision. Often, staff and longtime aides leaving an elected officeholder are a sign that the member will be retiring. Aguilar has not only been with Pelosi for nearly a decade; he was the executive director of her reelection campaign.

Additionally, while Pelosi and her staff have not confirmed any of the reports of her potential retirement from Congress, the turnover rate in her office skyrocketed last year, Politico Playbook reported. Pelosi “has seen a big exodus from her office the past year as expectations grow that she will leave Congress after this term.”

Aguilar’s exit also pushed the speaker into the 90th percentile for highest House staff turnover, according to LegiStorm data. The data showed that while Pelosi’s office has been “relatively stable over the years,” the number of staffers leaving Pelosi’s office rose dramatically last year.

LegiStorm has kept a “turnover index” to track the churn rate, including salaries, of members’ offices. “Turnover of 0.0 indicates no turnover during a time period, while a 0.5 turnover index indicates that half of the office, weighted by salary, has turned over per year,” the website stated. While ranked 42 of 439 House offices, Pelosi’s office has her at .69 on the turnover index, which is almost double the average (.38 turnover) of all of the offices last year, according to Playbook.

Playbook reported that the speaker’s office downplayed the turnover stats, stating, “Different factors always come into play when it comes to turnover.” The coronavirus pandemic and last year’s January 6 incident were cited as reasons for staff to leave. However, Pelosi’s office still showed nearly double the number of exits as all other offices.

So far, 24 House Democrats have announced they plan to leave the House after their current terms, whether it be to retire from the public eye or run for a different office.