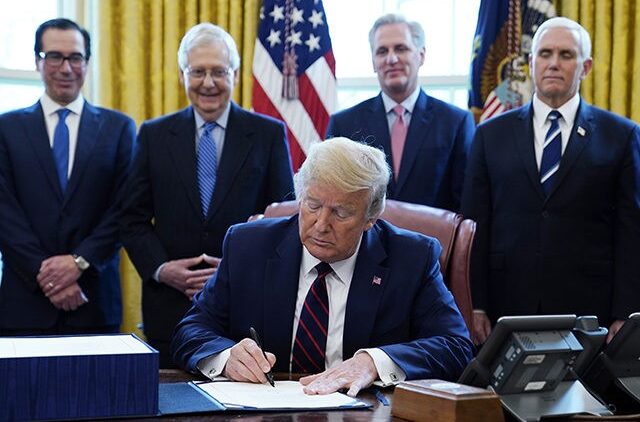 Vice President Mike Pence, along with other top Republican lawmakers, will not attend a formal send-off ceremony for President Donald Trump scheduled ahead of President-elect Joe Biden’s inauguration Wednesday, according to a report.

Trump will leave the base around 8 a.m. on Wednesday for Florida. Officials are planning a formal ceremony for the president, who is declining to attend his successor’s inauguration in a break with more than a century of tradition. Pence is slated to attend the inauguration of President-elect Joe Biden, and as a result will not be at the Air Force base. Officials cited the logistical challenges of getting between the two. Biden is scheduled to be sworn in at noon on Wednesday. The top two Republicans in Congress — House Minority Leader Kevin McCarthy (R-Calif.) and Sen. Mitch McConnell (R-Ky.) — are also not planning to attend Trump’s send off.

Those who are slated to attend the event include President Trump’s family, closest aides, and allies. It is unclear how many people will attend.

The report comes as McConnell and McCarthy have sought to distance themselves from President Trump over this month’s deadly riots on the U.S. Capitol. Earth Tuesday, McConnell said in a Senate speech that the January 6 siege was “provoked by the president and other powerful people.”

“The mob was fed lies. They were provoked by the president and other powerful people, and they tried to use fear and violence to stop a specific proceeding… which they did not like,” McConnell stated. “But we pressed on, we stood together and said an angry mob would not get veto power over the rule of law in our nation.”

Last week, the House of Representatives impeached President Trump for a second time, this time in a bipartisan vote, charging him with “incitement of insurrection.”

House Speaker Nancy Pelosi (D-CA) has yet to announce when she will send the article of impeachment to the Senate, allowing the upper chamber to begin its trial.

McConnell has said he had “not made a final decision on how I will vote.