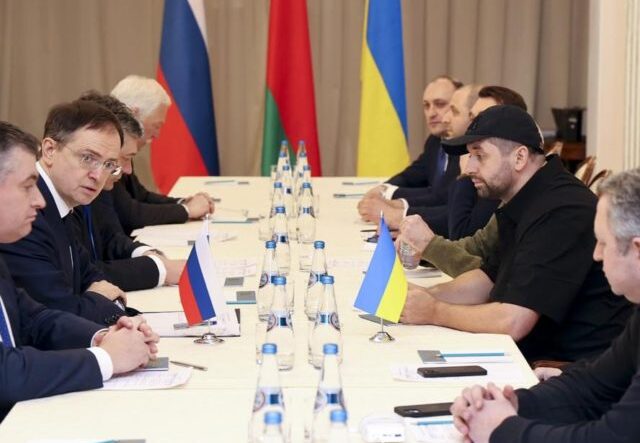 Russia and Ukraine began talks Monday at the Belarus border as the conflict between the two neighbors enters its fifth day.

The Ukrainian president’s office said earlier the talks’ aim was an immediate ceasefire and withdrawal of Russian forces from Ukraine, the Independent reports.

He added in a video message Monday that “every crime, every shelling by the occupiers bring our partners and us even closer.”

The Ukrainian delegation was the first to arrive for the talks with Russia, saying they were unclear whether they’ll lead to breakthrough.

The U.N. Security Council (UNSC) has also voted to hold a rare emergency special session of the General Assembly to debate the crisis engulfing Ukraine after Russia’s invasion.

The meeting is set down for Monday at U.N. headquarters in New York, as Breitbart News reported.