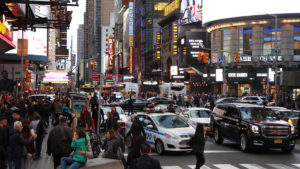 Many believe the antibody test is how we beat COVID-19. By testing who has immunity, we can identify who needs to isolate, while letting the rest of the nation get back to normal and re-ignite the economy.

Governor of New York, Andrew Cuomo said during a briefing: “How do you get people back to work as quickly as possible? It’s gonna come down to testing.” He continued: “You’re going to have to know who had the virus, who resolved the virus, who never had it. And that’s going to be testing.”

There is a real desire to get antibody testing to market. So much so, the FDA has changed how diagnostic tools, like tests, are approved.

CHECK OUT: The Daily Rant with Steve Sanchez, focusing on the change in death toll predictions. From 2-million to 31,000. Were we duped?

Grown in a lab

One of the actions taken by the FDA was to effectively remove lengthy trials from the testing of diagnostic tools. Normally, it would take years to reach the market, however, under the new policy, the process is much shorter.

The issue is that manufacturers of these tests are demonstrating effectiveness against laboratory-made samples, not actual patients. Dr. Bengamin Pinsky, the Medical Director of the Clinical Virology Laboratory for Stanford Health Care said: “This is supposed to represent a swab specimen, but it’s not a positive sample from a real patient, and that does make a real difference.”

What this means is that, despite bettering the FDA’s numbers, an antibody test might not be as accurate when it comes to testing a person.

CHECK OUT: It’s time to get out of Communist China and Japan are leading the way.

Right now, more than 70 companies plan to sell antibody tests in the United States. These tests work with a finger-prick of blood on a test strip. The strip then detects whether antibodies exist. Similar tests exist for HIV, hepatitis, Lyme disease, and more.

The test’s simplicity of use and the government’s desire to get the nation back to work has created a situation where the United States might become one big diagnostic tool face-off. That’s if the FDA is capable of monitoring the success and failure of tests hitting the market. If not, it’s nothing more than a game of roulette with people’s fear and desire to get back to normal.

Eric Blank of the Association for Public Health Laboratories said: “It really has created a mess that’s going to take a while to clean up.” He continued: “In the meantime, you’ve got a lot of companies marketing a lot of stuff and nobody has any idea of how good it is.”

Dr. Josh Schimmer, the Senior Managing Director of Evercore ISI’s Biotech team said: “Can you imagine if it turned out that 30% to 70% of patients who were told they have COVID immunity actually didn’t?”

Considering COVID-19 can linger in the air for 30-minutes and survive on surfaces for days, letting people think they’re immune when not only makes this coronavirus spread further — and the lockdown last longer.

From the White House

In a briefing, President Trump’s coordinator for COVID-19 diagnostic testing Brett Giroir implied that, even if you get a positive result from an antibody test, you should “follow-up testing with a molecular diagnostic.” That’s right, you need a medical center to re-test you to confirm the antibody test is accurate.

On the flip-side, Giroir also said a positive result “strongly implies that you have had the virus before and, to the degree that we know of medical knowledge, you will probably—highly probably—be protected against getting the virus again in the future.”

So, if you test positive with an antibody test you should be okay, but you might not be because no one knows if the test you took is accurate. Not only is this the definition of mixed messaging, but it also proves taking an antibody test just isn’t worthwhile right now.

Until the government confirms an antibody test works, this country will remain in lockdown because if people go back to work, and the death rate soars, President Trump will end up the biggest villain. Even more-so than China, whose actions started this pandemic.