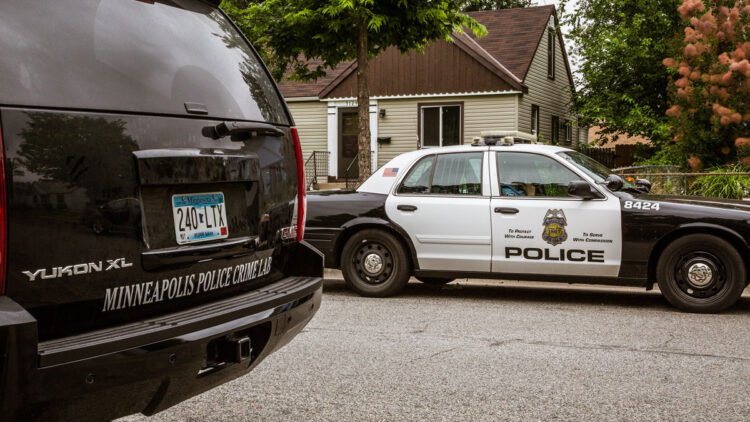 Minneapolis City, Minnesota: In July, 100 robberies and 20 carjackings were reported in just one precinct. If only there were some helpful robbery prevention tips.

As of August 1, a to-do list was released to help those who live and work in the area of the 3rd Precinct. The one where George Floyd and the Black Lives Matter protests began.

The Future Of Policing

The robbery prevention list came from the Minneapolis police department.

The warning included: “Robberies and Carjacking’s have increased in our Precinct. Cell phones, purses, and vehicles are being targeted. Some victims have been maced, dragged, assaulted, and some threatened with a gun.”

It fits with the idea of a liberal utopia. Where police are reduced to sending out strongly-worded letters, warning you of crime in the area. While social workers fix community-led problems.

If only state and city leadership rallied against anarchists and supported law & order, citizens would be safe(r) now. Rather than facing chaos.

CHECK OUT: Did you know 18 out of the 20 Most Dangerous Cities in the United States are run by Democrats. The other two are run by Independents.

Here’s our top-three robbery prevention tips from the list.

#3. Be prepared to give up your cell phone and purse/wallet.

We’re not disputing this as a valid option. Yet, telling citizens to be prepared to give up their items is scary. As scary as being told don’t walk alone (which is also on the robbery prevention tip list).

#2. Don’t stop for strangers who are trying to approach you or stop your car.

What if they’re “peaceful protesters” or if you get stuck at an anarchists make-shift roadblock? If only something could be done about these “people” blocking traffic. You know, something like the police or the national guard?

#1. Do not argue or fight with the criminal. Do as they say. Your safety is most important.

So let them assault you, drag you from your vehicle, give them your wallet/purse, cell phone, and keys.

If a citizen’s safety was most important, supporting the police would be a priority for the city. Instead, June saw Minneapolis City Council approve plans to defund the police.

Here's the not cropped, unmarked version of that message pic.twitter.com/Dpf1nqRknc

CHECK OUT: Watch a “Peaceful Protester” attack an SUV, with the mainstream media spinning the narrative after.

In June while the Minneapolis City Council approved the plan to defund the police, in favor of a community-led model. The members of the City Council ran up a tab of $63,000 for their own private security.

So while some get expensive security, the people paying tax to cover the cost of that expensive private security are being given lists on how to stay safe.

A robbery prevention list that literally says roll-over and give-up.

Not all citizens are taking it lying down though. Many residents have started armed groups to watch over neighborhoods.

Is this what liberals and Democrats want… Vigilantism?

CHECK OUT: Defund the police political cartoons by A.F. Branco.