Russia: Biden Has Caved on Our Iran Deal Demands, Talks May Resume 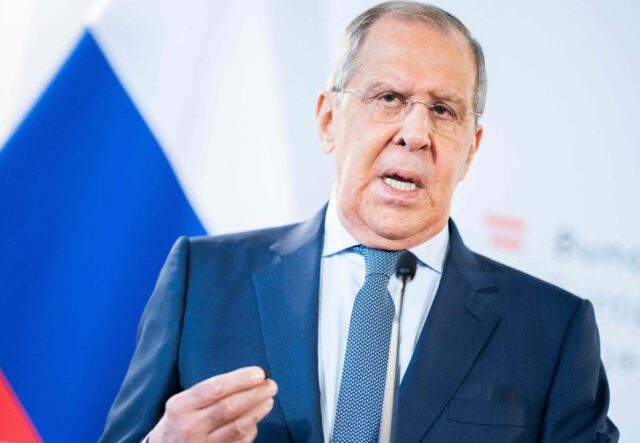 Russia claimed Wednesday that President Joe Biden and the U.S. have caved on its demand to protect its trade with Iran from sanctions under the new version of the Iran nuclear deal that the administration has pursued, and that talks may now resume.

The talks, which restarted shortly after Biden took office, were said to be nearing a deal last week when Russia insisted that its trade with Iran be protected from U.S. sanctions that have been applied since Russian forces invaded Ukraine last month.

The Agence France-Presse reported Wednesday that the U.S. complied with Russian demands — according to Moscow:

MOSCOW, Russia — Russia’s Foreign Minister Sergey Lavrov said Tuesday that Moscow had received guarantees from the US on its ability to trade with Tehran as part of ongoing talks to salvage the Iran nuclear deal.

“We received written guarantees. They are included in the text of the agreement itself on the resumption of the Joint Comprehensive Plan of Action on the Iranian nuclear program,” Lavrov told reporters during a press conference with his Iranian counterpart in Moscow.

Lavrov told reporters in Moscow on Tuesday that guarantees it had received from Washington would protect Russian involvement in Iran’s sole Bushehr nuclear energy plant.
Lavrov said Moscow and Tehran share the position that Western sanctions are imposed with the aim of overriding international law and accused Washington and its partners of directing the penalties “primarily against ordinary citizens.”

The U.S. concession was predictable, given the Biden administration’s weak negotiating stance, in which it has seemed desperate to reach a deal. In January, three U.S. negotiators quit, reportedly in protest at lead envoy Rob Malley’s deep concessions to Iran. Malley has long been accused of appeasing Iran and terrorists; he was Barack Obama’s failed ISIS “czar,” despite being kicked off the Obama campaign in 2008 after meeting the Palestinian terrorist group Hamas.

Details of the new Iran deal have been leaked, with critics saying it is not a return to the deal from which President Donald Trump withdrew in 2018, but far worse. It reportedly offers the regime access to $90 billion in foreign currency; $7 billion in effective ransom for U.S. captives; and sanctions relief for the Iran Revolutionary Guard Corps and other notorious terrorists.

Israel opposes the deal as an existential threat to its security, as do many Sunni Arab states.

There was some speculation that the deal might be threatened after Iran fired missiles near the U.S. consulate in Erbil, Iraq, several days ago, demonstrating its continued belligerent behavior. However, the latest report suggests the deal is still on.

Joel B. Pollak is Senior Editor-at-Large at Breitbart