“Saving The World From A Radical Left Philosophy” – President Trump 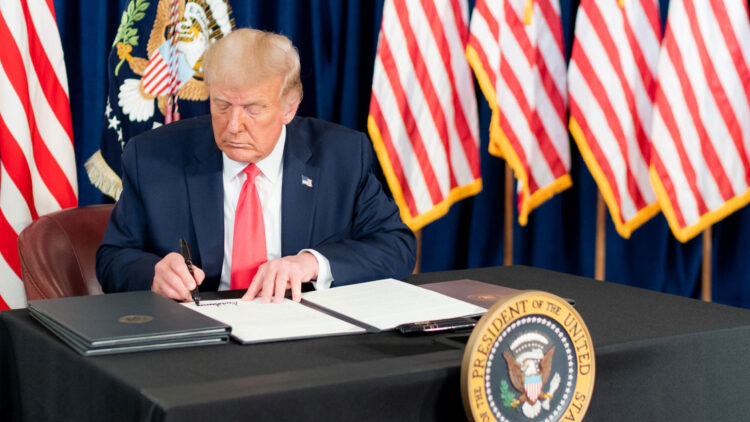 Looking at the country right now, it is easy to see there’s a radical left philosophy at work.

From the propaganda media defending and supporting one party. To the domestic terrorists endorsed by corporate America ruling city streets.

Even the Constitution is openly suppressed with weaponized lockdowns and freedom of speech double-standards. Forcing those who back the President to hide, for fear of being fired and worse.

And all of this is not lost on President Trump.

CHECK OUT: Proof of leftist double-standards. Teacher fired for supporting President Trump’s message of getting children back to schools.

President Trump Saving Us From A Radical Left Philosophy

August 19, 2020. So when a VOX reporter asked the President: “QAnon believes you are secretly saving the world from this cult of pedophiles and cannibals. Are you behind that?”

The President replied with his usual humor, “Is that supposed to be a bad thing?”

The reporters chuckled, but considering Jeffrey Epstein and all the Hollywood #MeToo revelations, we know at least one part of the question is a reality.

No fact-checking needed on that comment. It’s 100-percent true.

He then closed on this bombshell: “We’re saving the world from a radical left philosophy that will destroy this country, and when this country is gone, the rest of the world would follow.”

Again. No fact-checking needed. Watch the video below.

REPORTER: QAnon believes you are secretly saving the world from this cult of pedophiles and cannibals. Are you behind that?

TRUMP: Is that supposed to be a bad thing? We are actually. We are saving the world. pic.twitter.com/rPYFU1B8WB

CHECK OUT: President Trump wrongly accused of killing a father in DNC video.

What we know about QAnon:

We cannot comment on the above as we don’t know how much of QAnon’s belief is a conspiracy, lunacy, or based on credible leaked information.

What we do know is that there is daily video evidence showing that Black Lives Matter, Antifa, and Co. exist, are violent, and encouraging criminal violence. And yet those groups aren’t spoken of as extremist, violent, or as encouraging violence.

The question: Why aren’t they being de-platformed and scrutinized like QAnon?

At this moment in time, considering how the press is always anti-Trump, we wouldn’t be surprised if the headlines end up supporting a pro-radical left philosophy…

Oh wait. They already do.