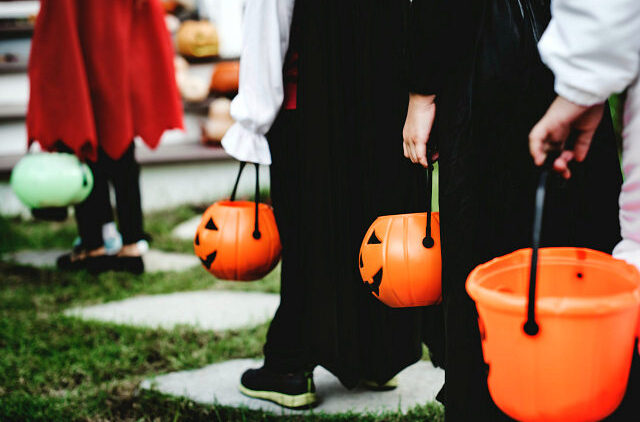 A Seattle elementary school has canceled its Halloween “Pumpkin Parade” because the school district says black males do not celebrate the holiday and feel marginalized by it.

Conservative talk host Jason Rantz, of The Jason Rantz Show on 770 KTTH, wrote at mynorthwest.com Wednesday that parents of children attending Benjamin Franklin Day Elementary (B.F. Day) School received a newsletter from the school on October 8, telling them the annual “Pumpkin Parade” event had been canceled.

“As a school with foundational beliefs around equity for our students and families, we are moving away from our traditional ‘Pumpkin Parade’ event and requesting that students do not come to school in costumes,” the school stated in the newsletter, adding:

Halloween events create a situation where some students must be excluded for their beliefs, financial status, or life experience. Costume parties often become an uncomfortable event for many children, and they distract students and staff from learning. Large events create changes in schedules with loud noise levels and crowds. Some students experience over stimulation, while others must deal with complex feelings of exclusion. It’s uncomfortable and upsetting for kids.

“Nothing says equity quite like making every student miss out on the fun because some administrator invented a scenario where students feel excluded,” Rantz responded to the newsletter. “And we wouldn’t want to distract students from learning — except, of course, on National Walkout Day when students were allowed to ditch learning to form a giant peace sign in a political protest on gun violence.”

Rantz said, according to the school’s newsletter, children will instead participate in more inclusive activities such as “thematic units of study about the fall,” and “autumnal artwork” as they share “cozy feelings of the season.”

Yes, I agree this event marginalized our students of color. Several of our students historically opted for an alternate activity in the library while the pumpkin parade took place. This was an isolating situation and not consistent with our values of being an inclusive and safe place for all our students – especially students of color and those with a sensitivity to all the noise and excitement of the parade.

Rantz observed that, while the newsletter thanks parents for their support, none were consulted in the decision to cancel the “Pumpkin Parade.” Apparently, the school’s Racial Equity Committee pushed the decision onto families.

“At B.F. Day Elementary, there have been discussions about the school’s Pumpkin Parade every year for at least the past five years,” a Seattle Public Schools (SPS) spokesperson told radio host Rantz. “The school Racial Equity Team brought the topic up again in September and the members (with staff input) made the recommendation listed in the newsletter post.”

The spokesperson said black males, in particular, do not celebrate Halloween and the Racial Equity Team made the decision to cancel the event to protect them from feeling excluded.

The spokesperson made the following claim:

Historically, the Pumpkin Parade marginalizes students of color who do not celebrate the holiday. Specifically, these students have requested to be isolated on campus while the event took place. In alliance with SPS’s unwavering commitment to students of color, specifically African American males, the staff is committed to supplanting the Pumpkin Parade with more inclusive and educational opportunities during the school day.

Asian parent David Malkin, whose seven-year-old son attends B.F. Day, told Rantz the cancellation of the Halloween activities is another “exercise in affluent white vanity that is wokeism.”

“I don’t see any way in which this actually addresses any inequities to the extent that there are any inequities,” Malkin told the Jason Rantz Show on KTTH. “You know, this just seems like grandstanding on behalf of the principal and the staff who are predominantly white.”

“I’m sure they don’t want to hear from anyone of any race or ethnicity that doesn’t really want to go along with them in lockstep,” Malkin added.

According to Rantz, the school district believes black children cannot afford Halloween costumes and also have a “cultural aversion” to the holiday.

“It’s a racist belief but one they hold in the name of equity,” he observed. “Meanwhile, all the school is doing is making every student equally miserable.”