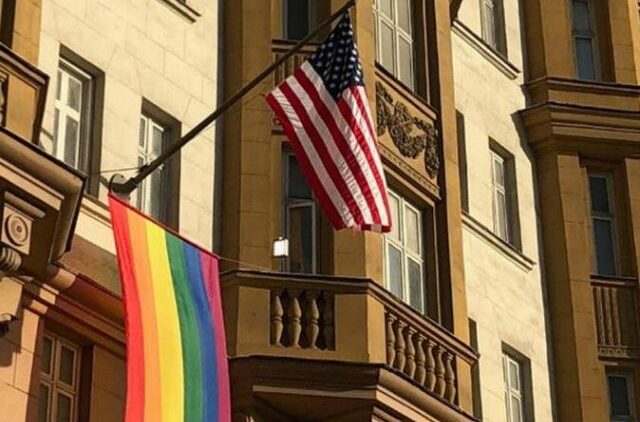 LGBT activists are cheering Secretary of State Antony Blinken’s announcement that he will reverse an order from President Donald Trump and put up “pride” flags at U.S. Embassies around the world.

Outfront magazine reported on the development:

The Biden administration is off to a hopeful start, as Secretary of State nominee, Antony Blinken, has confirmed a recommitment to LGBTQ rights.

In a memo from July 2020, former Secretary of Defense Mark Esper released a list of flags permitted to be displayed at U.S. military bases. Missing from the list was the LGBTQ pride flag, which Esper compared to the confederate flag. Prior to the ban, embassies raised the flag during pride month on the official embassy flagpole.

During the hearing, Blinken also confirmed that he plans to appoint an envoy for the Human Rights of LGBTQ persons, a position created by Barack Obama in 2015 that wasn’t filled during the Trump presidency.

Blinken claimed violence against that demographic increased while Trump was in office.

“We’ve seen violence directed against LGBTQI people around the world increase,” Blinken said. “And so, I think the United States playing the role that it should be playing in standing up for and defending the rights of LGBTQI people is something that the department is going to take on and take on immediately. Raising the pride flag is one way to outright show LGBTQ solidarity.”h