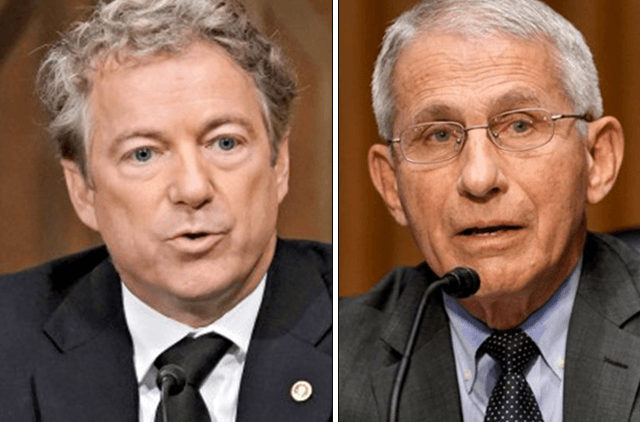 Sen. Rand Paul (R-KY), an outspoken critic of Dr. Anthony Fauci, called for his firing following the emergence of emails showing how the National Institute of Allergy and Infectious Diseases chief handled the pandemic behind the scene — from admitting that the “typical mask you buy at the drugstore is not really effective in keeping out virus” to asking a colleague to “please handle” the narrative centering around the Wuhan Lab theory. The emails also reveal the cozy relationship with Chinese Center for Disease Control and Prevention Director George Gao.

“Can’t wait to see the media try to spin the Fauci FOIA emails,” he added:

The released emails show that Fauci indeed tried to answer many queries, sometimes hitting “send” well after midnight. And even as Trump ratcheted up attacks on China for not containing the virus after it was first discovered there, Fauci sought to maintain ties with Gao, a well-regarded Chinese scientific leader — and Gao with him.

Emails also reveal Facebook CEO Mark Zuckerburg reached out to Fauci, thanking him for his leadership and alerting him of the “rollout of Facebook’s coronavirus information hub, which artificially boosted ‘authoritative’ information about the virus,” as Breitbart News detailed.

Another email shows Fauci dismissing store-bought masks, noting the”typical mask you buy at the drugstore is not really effective in keeping out virus, which is small enough to pass through the material”:

The revelations come on the heels of Fauci admitting that the National Institutes of Health (NIH) funded the Wuhan lab, but he continues to deny a role in gain of function research.

Paul, however, said Fauci committed perjury May 12 over his gain of function comments.

“He lied to the American people,” Paul said. “There was gain of function research going on with Dr. Shi Zhengli at the Wuhan Institute.”