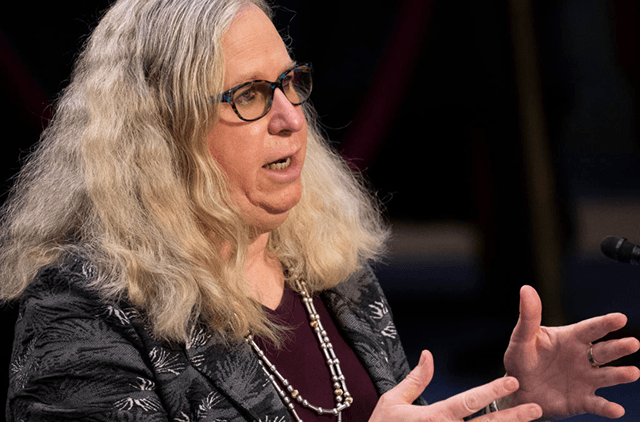 The United States Senate voted Wednesday to confirm President Joe Biden’s nominee, Rachel Levine, to serve as assistant secretary of health at the Department of Health and Human Services.

With a vote of 52-48, Levine, who previously served as Pennsylvania’s secretary of health, became the first transgender federal official to receive confirmation by the chamber.

“As transgender Americans suffer higher rates of abuse, homelessness and depression than almost every other group, it’s important to have national figures like Dr. Levine who by virtue of being in the public spotlight will help break down barriers of ignorance and fear,” Schumer said.

Upon announcing the nomination in January, Biden said Levine “will bring the steady leadership and essential expertise we need to get people through this pandemic — no matter their zip code, race, religion, sexual orientation, gender identity, or disability — and meet the public health needs of our country in this critical moment and beyond.”

Levine, who has faced extreme opposition from Senate Republicans, was confronted by Sen. Rand Paul (R-KY) during the confirmation hearings and pressed on the danger to children of “transgender” therapies.

Critics also slammed Levine for touting and publicizing a January 2020 study that declared puberty-blocking drugs to be beneficial for young children and recommended “accelerating” cross-sex hormones for homeless teens who are suffering from gender dysphoria and estranged from their parents.