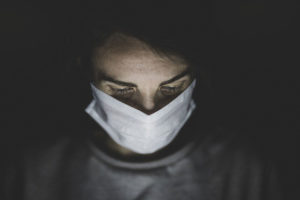 Missouri GOP senator Josh Hawley wants an international investigation into China’s handling of the COVID-19 coronavirus. He wants China to pay for the deaths and debts the world is having to endure.

On Monday, while on Fox News the senator said: “it’s time to hold Beijing accountable.” His senate resolution calls for the United States and other nations to investigate China’s mishandling and seek financial compensation.

Senator Hawley is certain that China knows it is responsible for the virus. Calling out Beijing’s recent attempts to deflect blame elsewhere, including on to the United States as “outrageous lies.”

CHECK OUT: Trans group support product brand change and show their hypocrisy and bigotry in process.

In January, as the COVID-19 virus was spreading throughout Wuhan, China rejected help from the international medical community, including experts from the United States. Instead, China kept everyone in the dark on what is an extremely contagious virus.

This decision, one of many, helped turn COVID-19 into a global pandemic, leaving many nations with weeks to prepare rather than months. Since the outbreak in Wuhan, China has reportedly done everything to hide COVID-19’s origins, including punishing doctors who spoke up and ordering laboratories to destroy samples.

The Chinese government, however, says they were transparent in their handling of the outbreak and that the virus came from the United States or Italy, not Wuhan. They’re adamant that China gave the world time to prepare for the pandemic but many nations, including the United States, chose to ignore the risk.

Senator Hawley says the Chinese government has gone on the propaganda offensive because it is “scared” and that “Beijing wants the world to trust it and grow dependent on it so that it can control us. But the world won’t easily do that if it knows that Beijing is responsible for this pandemic.”

CHECK OUT: Border blocked by Mexican protesters trying to keep American’s out amid COVID-19 fears.

Investigating is a waste of time

The investigation is the democratic thing to do because everyone wants to know where the COVID-19 coronavirus came from. It’s a pandemic that has changed the world but it’s unlikely China will cooperate with any international investigation.

Senator Hawley doesn’t think it matters if China’s government cooperates. He says their refusal will speak for itself but it doesn’t give the world answers or evidence to support international government’s punishing China. If that is what the world is waiting for.

Worse still, if China does give evidence, it’s unlikely to be damaging. Too much time has passed for actual damning evidence to still exist in a country as tightly controlled as China. If as reported, they have already silenced doctors on the front line and destroyed samples, chasing evidence is pointless.

With or without proof, it is unlikely anyone will stand-up against China anyway. It is a nation that owns much of the world’s debt and investments. There’s no denying the Senator is right, the world should make China accountable financially if to blame for the pandemic. Yet, the time and cost spent chasing this investigation in the United States and internationally is better spent just acting on the information already available.

The world should just invoice China for the cost of COVID-19 or threaten to stop importing from China. The global market is in freefall anyway and the job market is resetting, if the United States wants to get out of China’s grip now is the time.