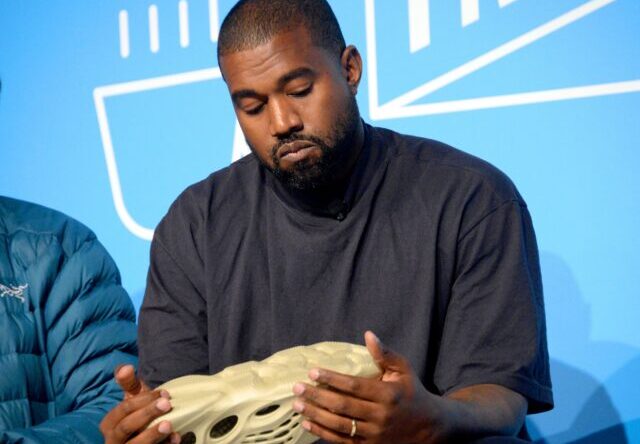 Stores were further instructed to hold all Yeezy sneakers in their back rooms as more updates on the product will follow at a later date.

In the hours after the move, the athletic-wear chain issued a formal statement on the matter,  Footwear News reports.

“Foot Locker, Inc. does not tolerate any form of antisemitism, or hateful and discriminatory behavior,” a company spokesperson said.

“While we remain a partner with Adidas and carry a wide assortment of their collections—we will not be supporting any future Yeezy product drops, and we have instructed our retail operators to pull any existing product from our shelves and digital sites.”

The rapper, who has claimed 24 Grammy Awards, has also been dropped by Twitter and Instagram as elsewhere the fashion, music and apparel world continued to distance themselves from him and his comments.]

In a statement Tuesday, Gap cited West’s antisemitic remarks for its decision to pull all of his fashion merchandise.

“Our former partner’s recent remarks and behavior further underscore why we are taking immediate steps to remove Yeezy Gap product from our stores,” Gap said.

The company further added that “antisemitism, racism and hate in any form are inexcusable and not tolerated in accordance with our values.

The dual moves by Foot Locker and Gap come after a tumultuous 48-hours for the billionaire rapper and fashion mogul.

Adidas has ended its longtime partnership with him after various anti-hate groups petitioned the company.

“Adidas does not tolerate antisemitism and any other sort of hate speech,” the company said while announcing the axing Monday. “Ye’s recent comments and actions have been unacceptable, hateful and dangerous, and they violate the company’s values of diversity and inclusion, mutual respect and fairness.”

“After a thorough review, the company has taken the decision to terminate the partnership with Ye immediately, end production of Yeezy branded products and stop all payments to Ye and his companies. Adidas will stop the Adidas Yeezy business with immediate effect,” it added.