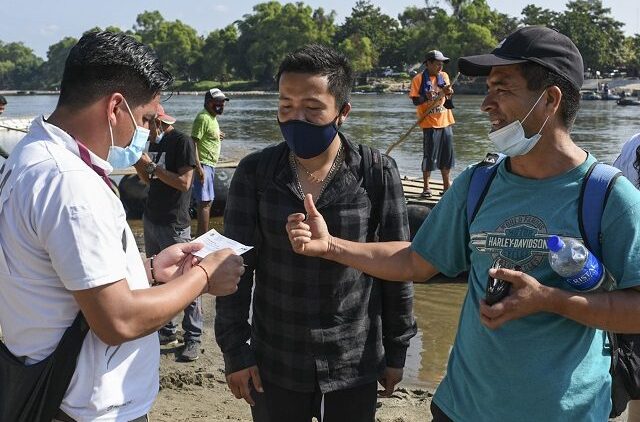 Guatemalan officials report that some of the migrants in this weekend’s caravan carried fake COVID-19 test results. Others actually tested positive for the potentially deadly virus.

Guatemalan Foreign Affairs Secretary Pedro Brolo Vila told reporters that some of the thousands of migrants who violently crossed their border from Honduras over the weekend are carrying fake COVID-19 test results indicating negative findings, according to Fox News. 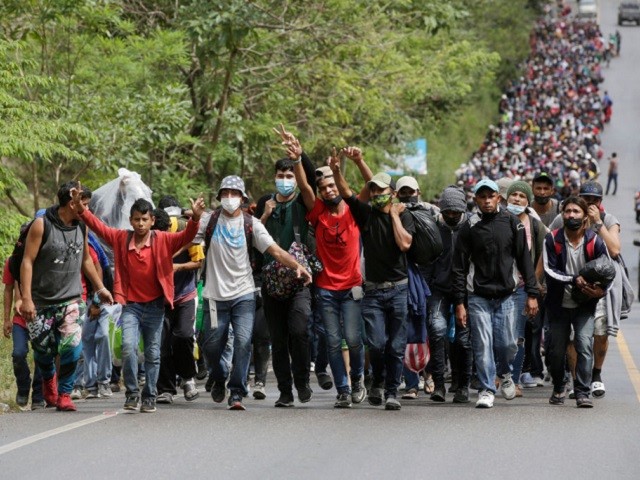 Migrants enter Guatemala after breaking a police barricade at the border checkpoint on January 16, 2021 in El Florido, Guatemala. (Photo by Josue Decavele/Getty Images)

Guatemalan health officials said 21 of the migrants tested positive for Coronavirus, the Fox News article continued. These 12 men and nine women are being held in quarantine before being returned to Honduras.

Brolo criticized the government of Honduras for not honoring their agreements on immigration and caravan migrants.

He charged that Honduran security forces actually accompanied the caravan “toward our borders where regrettably we saw how they entered violent, violating Guatemala’s territorial sovereignty.” 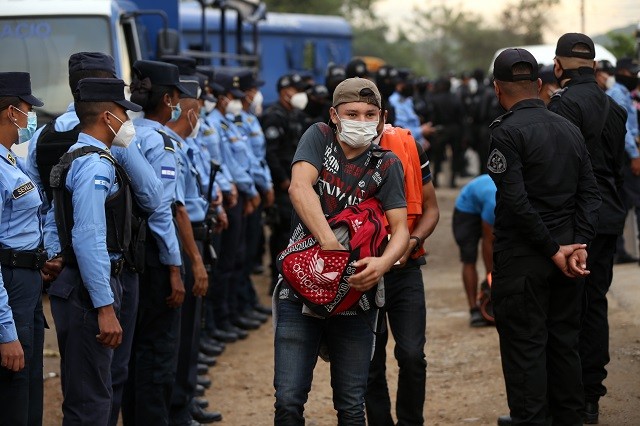 Honduran security forces stand by and migrants prepare to illegally force their way into Guatemala. (Photo by Milo Espinoza/Getty Images)

Officials estimate as many as 9,000 may have forced their way into Guatemala. That country’s security forces blocked mountain-locked roadways to keep the caravan from proceeding north to the Mexican border.

Mexican officials praised the work of Guatemalan security forces, NPR reported. The Mexican Secretary for Foreign Affairs called upon Honduras to do more to stop the “irregular flow” of citizens through the region. 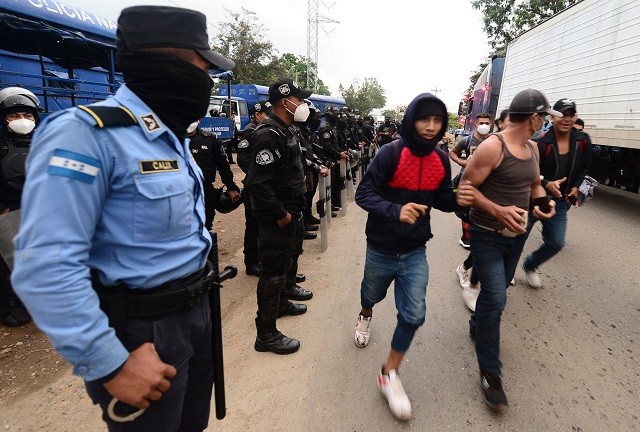 National Police riot police officers observe Honduran migrants moving to Agua Caliente, on the border between Honduras and Guatemala, on their way to the United States, on January 15, 2021. (Photo by ORLANDO SIERRA/AFP via Getty Images)

The statement from Mexico reads:

The Government of Mexico recognizes the outstanding work of the Government of Guatemala, which has acted in a firm and responsible manner in the comprehensive care of contingents of migrants who violated their sovereignty, enforcing compliance with the immigration law and its health protocols to guarantee income. orderly and regular, safeguarding the integrity and life of migrants and their population.

Likewise, it makes a respectful exhortation to the Honduran authorities to attend, in a timely manner, this irregular flow of migrants, in such a way as to prevent further displacements.

“I suspect that if this caravan actually made it to the Guatemalan/Mexico border that there would be even the heavier presence of (Mexican) National Guard to try to detain the migrants,” he explained. “We saw this again in October. That caravan really stopped inGuatemala at that time. So I don’t foresee them getting to the U.S./Mexico border in large numbers.”

An unidentified senior Biden transition team member told NBC News that the migrants should not come to the U.S. — at this time.

“There’s help on the way, but now is not the time to make the journey,” the official said.