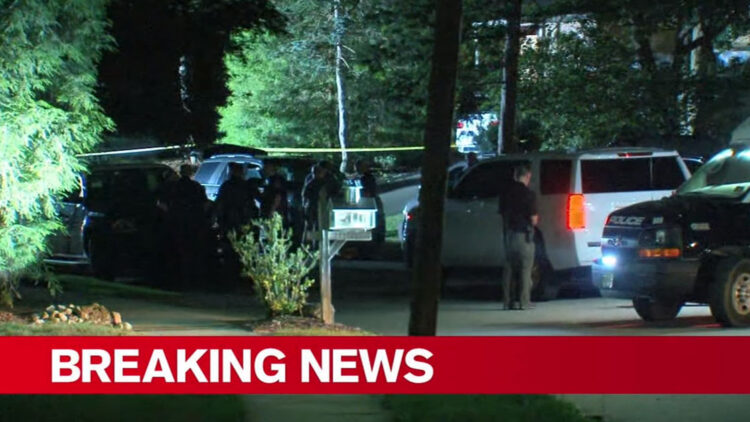 Sunday, July 19. The 20-year-old son of a federal judge, who had just been given a high-profile Jeffrey Epstein-Deutsche Bank case has been killed by a gunman who according to reports disguised himself as a delivery driver.

The husband of Judge Esther Salas, defense lawyer Mark Anderl, was also shot and is recovering in hospital after being in critical condition. According to CBS, the husband answered the door.

The lawsuit against Deutsche Bank is by its investors, who claim that the company made false statements about anti-money laundering while failing to monitor high-risk customers like Jeffrey Epstein.

Judge Salas was given the case against Deutsche Bank and its CEO last week.

Trial lawyer Max Kennerly said: “This just-filed Epstein-related case people are speculating about is a plain-vanilla shareholder action. It will not be a John Grisham novel. It will be a D&O insurance claim at best. It is certainly unrelated to the attack on Judge Salas’s family.”

Despite what Kennerly said, there has been an explosion of conspiracy theories. Even though no action had been taken on the Epstein-Deutsche Bank case beyond summonses at this point.

Reactions To The Murder

New Jersey Senator Bob Menendez released a statement saying “My prayers are with Judge Salas and her family, and that those responsible for this horrendous act are swiftly apprehended and brought to justice.”

New Jersey’s Gov. Phil Murphy also released a statement calling the shooting a senseless act and said: “This tragedy is our latest reminder that gun violence remains a crisis in our country and that our work to make every community safer isn’t done.”

The FBI is involved: “The FBI is investigating a shooting that occurred at the home of Judge Ester Salas in North Brunswick Township, New Jersey earlier this evening, July 19. We’re looking for one subject & ask that anyone who thinks they may have relevant information call us.”