Sports And Politics: The New Weapon In Leftist Propaganda 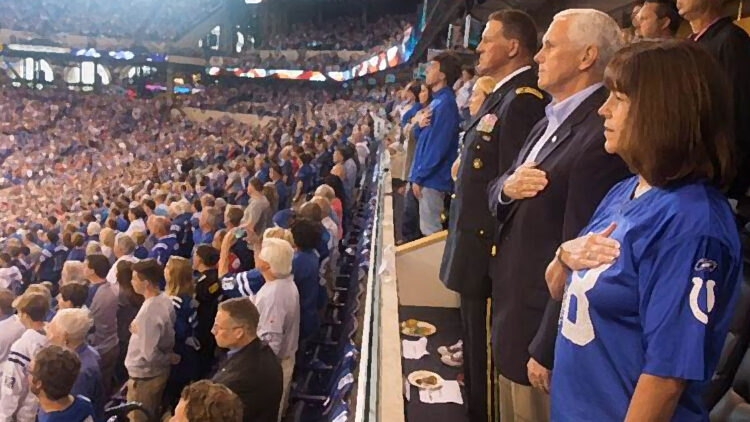 It’s silly-season in pro-sports. Fans wanting to enjoy a game are now blasted with political statements, social commentary, and all of it left-leaning. Simply put, sports and politics shouldn’t mix.

The latest madness came Wednesday 26, 2020, as games in the NBA, WNBA, MLB, and NHL were canceled after players decided to protest against racial injustice and the Jacob Blake shooting.

The irony is that for a pro-athlete, who has money, this protest was literally just a night off work.

FACTS: Jacob Blake ignored the police, he was carrying a knife and had an arrest warrant against him for domestic abuse, criminal trespass, third-degree sexual assault, and disorderly conduct.

If Mr. Blake complied when the police asked him to stop he wouldn’t have been shot. That’s not racial injustice, it’s a man ignorant of the law. Laws the majority of people abide by.

So, either the teams canceling games don’t know the facts, they don’t care if Mr. Blake ignored the law, or they don’t care and just want to be outraged because it fits the mainstream narrative.

Whatever the answer, it is ignorant and a pointless gesture.

Why Sports And Politics?

The fact of the matter is that these pro-athletes have been given huge platforms and are told that their opinion matters. And it does to naive, easily influenced people.

However, the real value these athletes have in the leftist propaganda machine is in soundbites and headlines that saturate news and social media.

For instance, a political message from LeBron James will reach more people than Joe Biden. It’ll spread further and will end up as headlines across sports and lifestyle channels. Whether that be on TV, social media, or websites.

A message by any politician wouldn’t have that reach. This is the power of sports and politics.

When was the last time you saw a pro-athlete or broadcaster give President Trump support that wasn’t during the Republican National Conference?

In four years positive coverage of the President has been rare on TV and you’ll only find it online at sites outside of the mainstream bubble. And yet Donald Trump was somehow elected President…

Are we meant to believe no one supports the President? Because that’s the perspective broadcasters and pro-sports give.

Instead, what we know is that 62-percent of Americans don’t feel safe acknowledging their politics because of repercussions it may have on their career. Especially in the media sector, where the New York Times openly admitted to alienating conservative opinions.

This is what President Trump should target in his second-term. The propaganda broadcast media, separating sports and politics forever.

It’s not just sports and politics, look at Hollywood’s connection to politics. Celebrities seem to all support the Democrat Party and hate President Trump.

Pro-athletes are just continuing Hollywood’s trend. And one sport, in particular, has a track record of political posturing and pandering.

Back in October 2019, President Trump called out NBA coaches for pandering to China. He said: “I watched the way that Kerr and Popovich and some of the others were pandering to China, and yet to our own country, it’s like they don’t respect it.”

The pandering began after Houston Rockets GM Daryl Morey tweeted in support of the Hong Kong protests. Something that anyone who says they support human rights, a person’s right to protest, or democracy should be fine with.

The tweet was deleted, Morey apologized, the NBA apologized, even LeBron James came out condemning the tweet.

Hypocrisy at its finest.

Ironically, the BLM chaos seems to be turning Democrats towards President Trump in Wisconsin. So that’s at least one positive to take away from all of this madness.