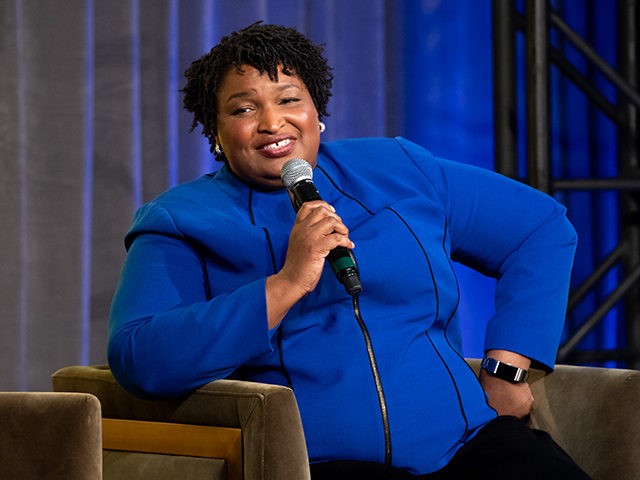 Speaking before reporters on Capitol Hill Tuesday, Senate Minority Leader Chuck Schumer (D-NY) revealed Abrams agreed to deliver the speech when the pair spoke by phone three weeks prior. “She has led the charge for voting rights, which is at the root of just about everything else,” he said of the Georgia Democrat.

In a statement shared to Twitter, Abrams said of her planned speech: “At a moment when our nation needs to hear from leaders who can unite for a common purpose, I am honored to be delivering the Democratic State of the Union response.”

President Donald Trump on Monday accepted House Speaker Nancy Pelosi’s (D-CA) invitation to deliver his address before the House chamber. The set date came after the White House and Democrat leaders hashed out a deal to re-open the government until February 15.

Abrams was defeated by her Republican rival Brian Kemp with 48.8 percent of the vote in what was among the most hotly contested races in the 2018 midterm election. Abrams, who served as the Democrat leader of Georgia’s state General Assembly, is reportedly mulling a run for U.S. Senate in 2020, and has met with top Democrats, including Schumer, about a possible bid.

In an interview with Atlanta-area radio state WABE, the progressive darling said she will announce her decision to challenge incumbent Sen. David Perdue (D-GA) or launch a second gubernatorial bid in 2022 by the end of March. “One, I need to run for office because I’m the best person for the job, not simply because there’s a job that’s open,” Abrams said. “No. 2, I need to run because I have ideas and the capacity to win the election and do the job well. And No. 3, I need to make decisions not based on animus or bitterness or sadness, but really based in a pragmatism that says, ‘This is the right thing to do.’”

“And I’m going to use that calculus and I intend to make a decision about the job I’m going to run for next by the end of March,” she added.

Not only is Abrams considering bids for two of Georgia’s top offices, but is keeping an eye on a possible run for the White House. “No … I haven’t thought about it,” Abrams told Politico when asked if she is considering a run for the presidency, adding that she is “open to all options.”

“[I]t’s too soon after the election to know exactly what I’m going to do,” Abrams added.