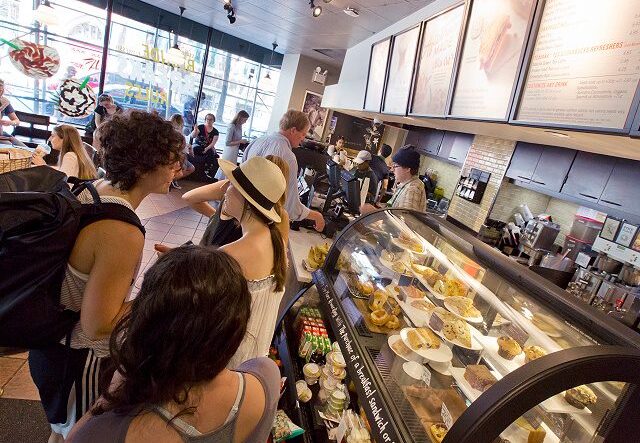 Starbucks discreetly dropped its recently introduced Chicken, Maple Butter and Egg Sandwich from its seasonal menu after customers complained of experiencing symptoms of illness, including diarrhea, after consuming the product.

The sandwich was launched on June 21 after an extensive promotion but was voluntarily pulled on June 26 due to failure to meet “quality standards,” NBC News reported.

Symptoms that customers and baristas claimed to have experienced after eating the sandwich include “diarrhea, vomiting and stomach pain,” the New York Post reported.

“Suing for the worst diarrhea of my life. i have been living in my bathroom for 2 days now,” one user complained on TikTok on June 28, per the Post. Another user alleged that they contracted “campylobacter” — an infection that can be contracted after eating raw poultry items, according to the Centers for Disease Control and Prevention (CDC) — after eating the sandwich.3

Other customers alleged the sandwich was ice cold in the middle when they bit into it, and one complained they bit into a bone, NEXTAR Media Wire reported.

Not even a week after its launch, the Seattle-based coffee corporation sent a memo to all its locations to pull and discard the item immediately and not to donate it, the Post noted. The sandwich was dropped with no public announcement.

In a statement issued to NEXTAR, a Starbucks spokesperson stated they pulled the product out of caution:

We issued a voluntary stop sell and discard on the Chicken, Maple Butter and Egg Sandwich because the product didn’t meet Starbucks quality standards. We are committed to a high level of quality in the products that we serve and always act with an abundance of caution whenever a product or quality issue is raised. This is not an FDA issued recall nor is it related to salmonella or listeria contamination. The quality issue that was identified by Starbucks would not lead to food borne illness and any reports linking the stop sale to illness are inaccurate.

Starbucks joined a list of corporations that would cover travel costs for employees to obtain an abortion in states where it is illegal, following the Supreme Court decision to overturn Roe v. Wade, CBS News reported.