Statement: Nancy Pelosi’s Husband Hospitalized by Assailant Who Broke into Their Home 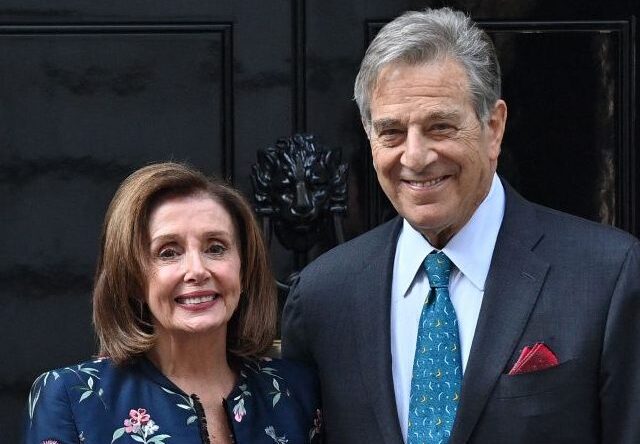 House Speaker Nancy Pelosi’s husband Paul Pelosi was hospitalized Friday after an assailant broke into their home and attacked him, according to a statement from the speaker’s office.

The motive of the assailant is not known and he remains in police custody. The individual broke into the Pelosi home in San Francisco early Friday morning, but the Speaker was not home at the time.

Police tape is seen in front of the home of U.S. Speaker of the House Nancy Pelosi (D-CA) on October 28, 2022 in San Francisco, California.  (Photo by Justin Sullivan/Getty Images)

Drew Hammill, a spokesman for Pelosi, broke the news in a statement from the speaker’s office.

Early this morning, an assailant broke into the Pelosi residence in San Francisco and violently assaulted Mr. Pelosi. The assailant is in custody and the motivation for the attack is under investigation. Mr. Pelosi was taken to the hospital, where he is receiving excellent medical care and is expected to make a full recovery. The Speaker was not in San Francisco at the time. The Speaker and her family are grateful to the first responders and medical professionals involved, and request privacy at this time.

The White House also issued a statement from President Joe Biden condemning violence and asking for privacy for the family.

The President is praying for Paul Pelosi and for Speaker Pelosi’s whole family. This morning he called Speaker Pelosi to express his support after this horrible attack. He is also very glad that a full recovery is expected. The President continues to condemn all violence, and asks that the family’s desire for privacy be respected.

The Associated Press, citing sources familiar with the investigation, reported that Paul Pelosi was “attacked and severely beaten by an assailant with a hammer” and “suffered blunt force injuries to his head and body.”

According to their sources, the attack was not random and the assailant specifically targeted the home