WATCH: Stupid Protesters Getting Owned By The Police 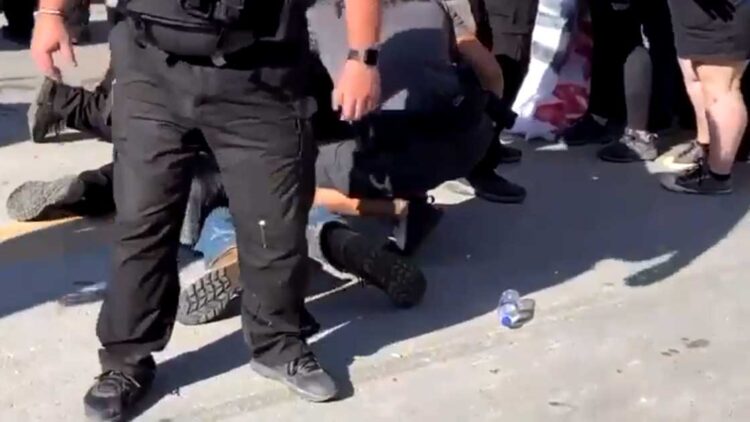 The first video walks us through the three phases of being a stupid protester.

Plus, listen out for the ‘Cops’ theme music. After being savagely canceled after 32 seasons, this video is a compelling homage.

This clip is so much more satisfying set to the Cops theme song. 🎵🎶BAD BOYS! BAD BOYS!🎶🎵 pic.twitter.com/kBbIdbWIUM

CHECK OUT: Watch an Antifa punk get slammed to the ground after messing with the wrong car.

Arguably the stupidest of all protesters decided to head down to South Dakota and confront bikers at the annual motorcycle event in Sturgis.

Not only was this a stupid protester, but it was also an Antifa protester. So double the satisfaction.

There is a sense of irony in the following video. The police who the left want to defund literally saved these stupid protesters.

And, another key take-away from the video. No masks.

One person on Twitter commented: “I almost gotta hand it to them… homeboys got a set on him lol….. “hmmmm, where should I go and try and spout my anti-American rhetoric and scream at people and call them Nazi’s? Oh, I know, a biker rally.” Lol…”

It doesn’t sound brave to us. It sounds insane. Clearly just another batch of stupid protesters.

CHECK OUT: Watch an IED throwing anarchists get identified through the riot vest his grandmother gifted him.