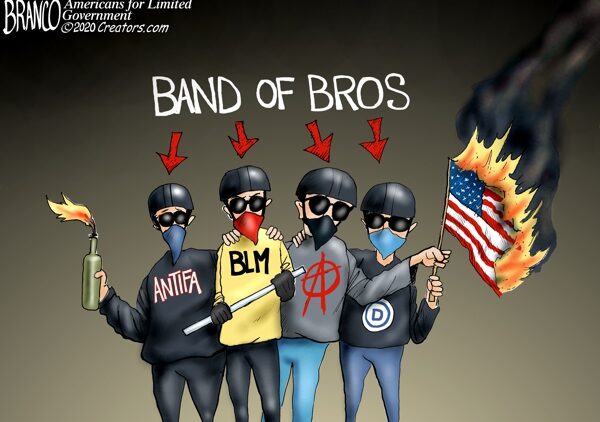 Want to know the band of bros. taking down America? Look no further than this quintet of Antifa, Black Lives Matter, Anarchists, Democrats, and the mainstream media.

Comically Incorrect describes the above image as: “The Marxist-stream media are ignoring the violent mobs rioting across the country claiming it’s a mostly peaceful protest. It’s no longer about George Floyd.”

CHECK OUT: Unbelievable! IED throwing anarchist identified by the riot vest his grandmother got him.

Comically Incorrect describes the above image as: “Antifa, Black Lives Matter, Anarchy, and the Democrats are teaming up to destroy America with the help of the Marxist-Mainstream propaganda media.”