Taliban: We Never Promised to Cut Ties with al-Qaeda 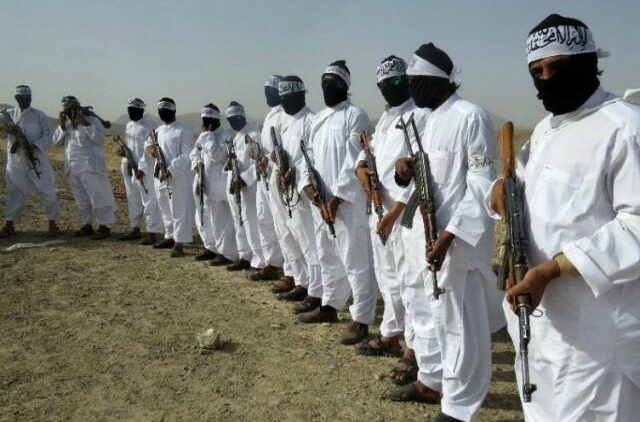 A spokesman for the Taliban terror group implied to Afghanistan’s Tolo News on Monday the jihadist organization “maintains ties with al Qaeda and other terrorist groups.”

Tolo News raised the issue of the Taliban’s alleged ties to the Islamist terror group al-Qaeda during an interview with Taliban spokesman Zabihullah Mujahid on July 12. Mujahid said that an agreement between the Taliban, the legitimate government of Afghanistan, and the administration of President Donald Trump never required the Taliban to cut ties to the group.

“Nowhere in the agreement has it been mentioned that we have or don’t have ties with anyone,” Mujahid asserted, responding to a long list of evidence that the Taliban continued to associate with al-Qaeda following negotiations with Washington.

Speaking directly to Mujahid, the Afghan news site recalled that “Abdul Mohsin al Mesri, the number 2 of al Qaeda, was killed in Andar district in Ghazni, [Afghanistan,] an area under your control,” referring to an incident that took place in October of last year.

“The United Nations [U.N.] said on Oct. 31, 2020, that al Qaeda fighters are among Taliban ranks and that it is a violation of the Doha agreement,” Tolo News continued, referring to a U.S.-brokered peace agreement forged between the internationally recognized Afghan government based in Kabul and the Taliban in February 2020.

Washington began hosting talks between the two sides in Doha, Qatar, in September 2020 to discuss the guidelines of the peace agreement. The deal, the vast majority of major media outlets reporting on it, stated that the United States would agree to fully withdraw troops from the country by May 1, 2021, in exchange for the Taliban agreeing not to attack American troops or host foreign jihadist organizations in Afghanistan, primarily al-Qaeda. Al-Qaeda is the Sunni jihadist group responsible for the September 11, 2001, terrorist attacks that prompted the American invasion of Afghanistan at the time.

President Joe Biden broke the deal by refusing to withdraw from the country by May. Biden announced in April that troops would fully withdraw by September 11. Last week, he updated that deadline to August 31, 2021.

Tolo News suggested that the Taliban broke the agreement, as well, by continuing to harbor al-Qaeda terrorists.

“Nowhere in the [Doha] agreement has it been mentioned that we have or don’t have ties with anyone,” Mujahid responded. “In fact, the issue of relations is not considered. What has been agreed upon is that no threat should be posed from Afghan soil to the US and its allies.”

“From al Qaeda and other terrorist groups?” Tolo News clarified.

“Yes, yes, from all,” Mujahid replied.

“In a situation as in war — and we are involved in a big war — we cannot clear our soil or our areas, or have surveillance, or in a situation where there are contested areas, non-contested areas and areas where neither we nor the enemy has a presence — non-governed areas,” the Taliban spokesman said. “In such a situation, it is not possible that there aren’t some violations or that they don’t happen at all.”

“In any case, we are not involved in it,” he claimed.

Elsewhere in his extensive interview with Tolo News on Monday, Mujahid claimed, “125 [Afghan] districts have been captured in two months and are under our control.”

Both the Taliban and al-Qaeda are jihadist terror groups based on Sunni Islam. The Taliban has staged a comeback in Afghanistan in recent weeks, allegedly reclaiming up to 85 percent of the country’s territory in the wake of a U.S.-led Western troop withdrawal from the nation. The U.S. military has pulled over 90 percent of its troops from the country and expects to complete a full withdrawal of its personnel from Afghanistan by September.

The U.S., along with North Atlantic Treaty Organization (N.A.T.O.) forces, launched a military campaign against the Taliban in the autumn of 2001, dislodging the group from Afghanistan’s government and replacing it with an American-backed government coalition in Kabul. Washington led the War in Afghanistan in response to a terror attack on U.S. soil on September 11, 2001, which the U.S. government blamed on the founder and leader of al-Qaeda, Osama bin Laden. Washington accused the Taliban of supporting bin Laden as he allegedly hid from international security authorities in Afghanistan. The U.S. government eventually tracked bin Laden to Pakistan, where he was neutralized by a special forces operation team in May 2011.