The left is out of control. I do not think they are normal. 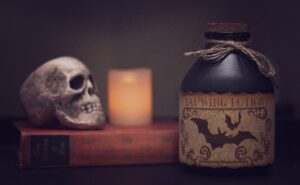 Now I must admit Alan Dershowitz did a really good job during the impeachment trial. He is a constitutional attorney that does understand the constitution. He is a liberal – in case you did not know that – and did a good job. He was one of the attorneys for Donald Trump, but Alan Dershowitz – and this just proves my point – Dershowitz just came out and said that the state has every right to plunge a needle into our arms and forcibly vaccinated citizens.

I can tell you this. I am not taking any vaccination and good luck trying to force me to take one. I am good luck trying to force me and friends. I am certain that you feel the same way. So, when Alan Dershowitz says that the state has the right to do this, you better be careful because the left has an agenda that so sinister that you cannot even fathom it. You will, I mean, this is what movies are made of.

Here is the craziest thing. The Democrats are already getting ready for Trump’s landslide in November. They are getting ready. The Democrats pretty much have conceded that Trump’s going to be reelected in November. You want to want me to tell you why? Because they told the Supreme Court that they may impeach Donald Trump again by 2021. Can you believe this.

I have been watching a television show on the History Channel. I love the series. It is called The Men Who Built America: Frontiersmen. It has been incredible. It is really taking you past the Appalachian Mountains. It is taking you past the 13 colonies that were established. It is taking you to the West because you got to remember, these 13 colonies were under British rule before we declared our revolution against them.

There were some frontiersmen that decided to venture out West, and these frontiersmen are the people that literally helped developed Kentucky, Tennessee, Alabama, Mississippi, Arkansas, Ohio, Michigan, Wisconsin, and the list goes on and on.

What America Needs Now Are Frontiersmen

And my question is, what the hell happened to us? Why aren’t we the frontiersmen anymore? Where are the Daniel Boone’s, the Lewis & Clark’s, the Davey Crockett’s, the Kit Carson’s? These men went through incredible trials, took incredible risks to be able to defend their freedom, to be able to have the opportunity to have freedom.

Where are we at? We scream at the TV. We scream in our cars with the air conditioning going on. Maybe just lost a little bit of these great frontiersmen’s backbone that made them so special? I think we did, aside from a handful of people that are willing to defy orders like Chad Cole.

There’s a handful that still basically are willing to operate as frontiersman. I am one of them. Are you? That is what it all boils down to now, as we’ve got to do something about this quickly before it’s too late