2020 ELECTION: Democrats Defunding Police Could Be A Gift To Republicans 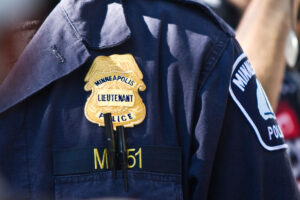 The idea that the United States can survive without police is gaining momentum amongst Black Lives Matter protesters and Democrats in positions of power. Support for and against the police will likely be one factor that shapes the 2020 election.

Author, senior writer at the Federalist and Fox contributor, Mollie Hemingway stated that: “Republicans taking advantage of the massive gift they are being given by activists/media this week. Whether police should exist is probably like an 85-15 issue and Democrats are finding it difficult to message their way to the 85% side of that debate.”

This movement began because of the brutal police murder of George Floyd in Minneapolis, Minnesota, and it falls into two categories. Those who want to defund the police, and others who want to radically dismantle the police.

DEFUNDING: The movement proposes that a portion of the police budget is cut and invested into marginalized communities. This has been on the periphery of discussions since 2014, post the riots in Ferguson, Missouri.

Patrisse Cullors, the co-founder of Black Lives Matter told Boston’s public radio station WBUR: “It means that we are reducing the ability for law enforcement to have resources that harm our communities, and those dollars can be put back into social services for mental health, domestic violence and homelessness, among others.”

DISMANTLING: A community advocacy organization in Minneapolis is leading the way with this side of the movement. Their belief is that the police is unsuitable to be a first responder. Instead, first responders should be community-led and focused on mental health, social workers, victim advocates, rather than strangers with guns.

The organization said: “We’re talking about a gradual process of strategically reallocating resources, funding, and responsibility away from police and toward community-based models of safety, support, and prevention.”

What Democrats and protesters do with these movements will determine key talking points leading into the 2020 election. Creating massive opportunities for Republicans to appeal to American citizens who still support the police.

Democrats and protesters can point to a 2017 report when pushing defunding and dismantling the police. This report focused on several weeks where the New York Police Department deliberately pulled back on proactive policing. The report claims that there were 2,000 fewer crime complaints in that period. The report defined proactive policing as pursuing low-level violations.

On the surface, the report shows that less policing means less reported major crime. However, in the report, it is also stated that: “Officers were less likely to learn of crimes because they were staying in their squad cars, rather than patrolling the streets and speaking with victims about their experiences.” Plus the report highlights that trust in the police department is incredibly low amongst certain communities, meaning that, if police aren’t on the scene, it’s unlikely they will be contacted.

It’s likely that several Democrats will push for defunding. It has already happened in New York City. Mayor Bill de Blasio wrote: “This morning we committed to moving resources from the NYPD to youth and social services as part of our City’s budget. Our young people need to be reached, not policed. We can do this AND keep our city safe.”

It’s less likely that Democrats will push dismantling the police but it has already been discussed in the Minneapolis City council. With Steve Fletcher writing: “I don’t know yet, though several of us on the council are working on finding out, what it would take to disband the MPD and start fresh with a community-oriented, non-violent public safety and outreach capacity.”

Other council members are also pushing the movement. Jeremiah Ellis said: “When we’re done, we’re not simply gonna glue it back together. We are going to dramatically rethink how we approach public safety and emergency response.” Plus, council president Lisa Bender told CNN: “We committed to dismantling policing as we know it in the city of Minneapolis and to rebuild with our community a new model of public safety that actually keeps our community safe.”

The big question is, how will this movement against the police shape the 2020 election?