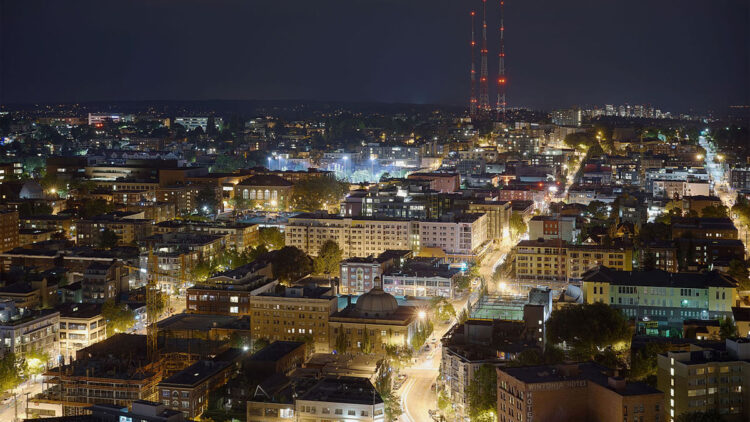 Seattle, Free Capitol Hill. A six-block region encompassed by barricades that say, people entering are leaving the United States. A zone outside of law and order is now protected by an armed self-appointed warlord.

It sounds like the descriptive blurb on some sleeve of a dystopian novel. It is not. It’s reality, and somehow everyone in Office has simply accepted anarchy in America.

Lets get the facts straight:

How is this an improvement over the police? There is zero accountability, and the warlord can freely interpret how to handle situations. It is unlikely this is the community response team activists and politicians have been calling for.

One person in ‘Free Capitol Hill’ wrote: “Raz’s crew is self-appointed, heavily armed, has indicated their intention to police the area, and has engaged in the use of force. I am unaware of any rival street force of their stature expressing the desire to hold authority in the area. The power vacuum has apparently been filled.”

What’s scary is that the barricade only went up Monday and in two nights the zone has a warlord enforcing his own perceived justice. This is what happens when anarchy puts out a call-to-arms.

What’s worse is that when this goes horribly wrong, which is almost inevitable, it will be the police who are sent in to save these activists.

CHECK OUT: Senator calls out state officials for violating First Amendment rights in a letter to the U.S. Attorney General.

The self-appointed warlord Raz Simone has stated that he belongs to the ‘People’s Force’ and that they’re a replacement for the Seattle Police Department in ‘Free Capitol Hill.’

In an ironic twist, one of the first actions the ‘People’s Force’ has put into place is a stop and frisk style search, where anyone that is unfamiliar will be stopped, questioned, and checked to see if they’re armed.

Isn’t that what the police do?

Anyone would think if this was the ‘People’s Force’, and that this is what they’ve been protesting for and calling for, there would be a different set of actions that they could show off to the country. Instead, it’s the police, just without any democratically elected and reviewed laws.

All fair points. Yet the flyer also said they’ll need a small armed force to stop violent crimes. After two nights, they’ve got one part of what they asked for.

CHECK OUT: Progressive Mayor who called President Trump racist over the border wall is erecting his own walls over racism protests.