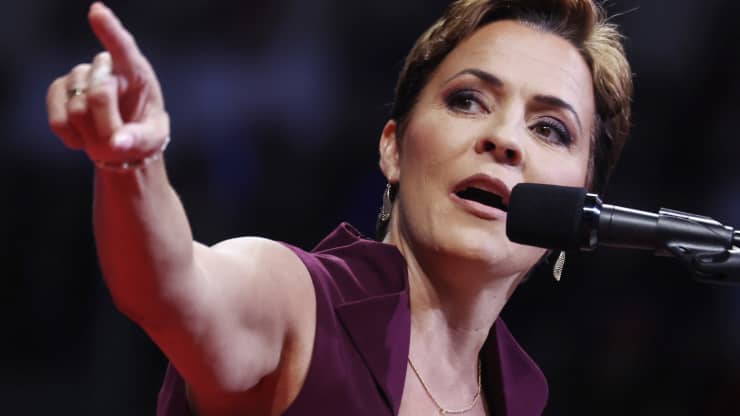 Lake will advance to the general election, where she will face off against Democrat Katie Hobbs, currently Arizona’s secretary of state.

The race to succeed term-limited Republican Gov. Doug Ducey has gained national attention as Lake, a Trump loyalist who has repeatedly spread false claims that President Joe Biden’s 2020 electoral victory was stolen, emerged in the polls as the GOP’s frontrunner.

The gubernatorial primary mirrors a larger power struggle within the Republican Party between purportedly more traditional conservatives and adherents of Trump’s brand of hard-right populism. Those two factions have often diverged on the question of the 2020 election, which Trump still falsely maintains was rigged against him through widespread voter fraud.

Trump had castigated Ducey after the governor certified Arizona’s 11 electoral votes for Biden. The Grand Canyon State was one of several key swing states critical to Biden’s win over Trump in 2020.

Ducey had endorsed another Republican primary candidate, Karrin Taylor Robson, for the governor’s seat. Vice President Mike Pence, reviled by Trump and his allies because he refused to throw out key states’ electoral votes for president on Jan. 6, 2021, has also endorsed Robson.

Lake led Robson in most recent polls of the race, according to surveys compiled by RealClearPolitics. But Democrats reportedly sought to tarnish Robson’s candidacy in an apparent bet that Lake, like other Republicans candidates perceived as extremists, will stand less of a chance in the general.