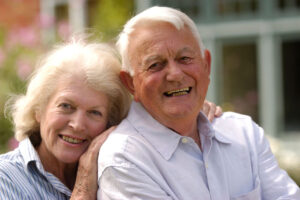 As if like clockwork, another one of the Hollywood Gestapo has crawled from isolation to spout nonsense. This time the accusation is that President Trump doesn’t care about the elderly.

The actress in question is 74-year-old Bette Midler, who is famous for her roles in Beaches, Hocus Pocus, and The First Wives Club.

On Twitter, the actress wrote: “Trump is killing his own base, older white men and women! It is beyond belief. And he doesn’t even care.”

The accusation was made after the President tweeted: “States are safely coming back. Our Country is starting to OPEN FOR BUSINESS again.”

Clearly the Hollywood actress stopped reading at that point because the rest didn’t fit her “President Trump doesn’t care” agenda.

The President’s tweet continued: “Special care is, and always will be, given to our beloved seniors (except me!). Their lives will be better than ever…WE LOVE YOU ALL!”

It must be very hard to get facts through the mainstream media bubble that surrounds Hollywood. It’s probably why Bette Midler has had several heated tweets with the President in the past.

The President and Bette Midler have had heated tweets long before he stepped into politics.

October 2012, Bette Midler called Donald Trump the “architect of the ruination of the West Side, (he) deserves to be held down and his hair cut off, or strapped to the roof of the car!”

Mr. Trump responded on Twitter and wrote: “While Bette Midler is an extremely unattractive women, I refuse to say that because I always insist on being politically correct.”

He continued: “Bette Midler talks about my hair but I’m not allowed to talk about her ugly face or body — So I won’t. Is this a double standard?”

In 2014, after Bette Midler performed Wind Beneath My Wings during the In Memorium tribute during the 86th Academy Awards, Mr. Trump tweeted that she sucked.

CHECK OUT: Patriot punished by Judge for putting family ahead of stay-at-home order.

In June 2019, Bette Midler had to apologize publicly on Twitter for linking fake news about the President. She tweeted: “I apologize; this quote turns out to be a fake from way back in ‘15-16. Don’t know how I missed it, but it sounds SO much like him that I believed it was true!”

The President replied: “Washed up psycho Bette Midler was forced to apologize for a statement she attributed to me that turned out to be totally fabricated by her in order to make ‘your great president’ look really bad. She got caught, just like the Fake News Media gets caught. A sick scammer!”

July 2019, only a month after having to eat humble pie with a public tweet, Midler was at it again. She tweeted: “Look, there are African American men in this shot! How much did he pay them to be “blackground”?”

That tweet was removed from Twitter but the replies remain. Kirstie Alley, the Cheers actress gave the most apt response.

From his passionate and blunt tirades on Twitter, it’s obvious Bette Midler is wrong when saying that President Trump doesn’t care. He clearly cares a lot.