Trump: Putin ‘Doesn’t Seem to Be the Same Person I Was Dealing with’ 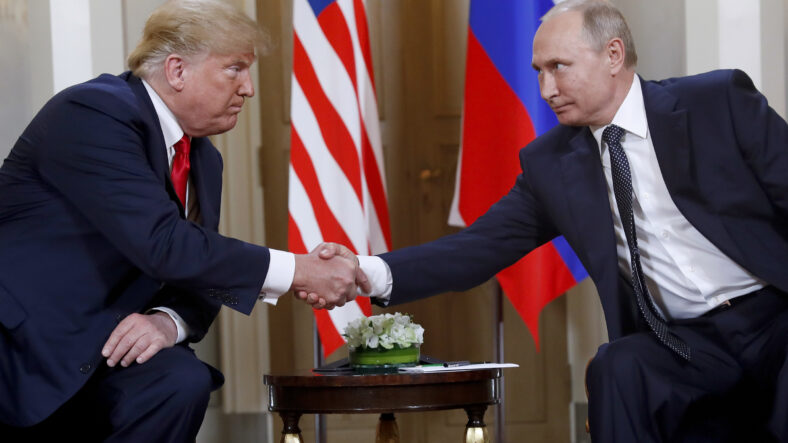 Trump said Putin “seems to be different” and added that he was not the same person he had dealt with while in the White House.

Host Stuart Varney asked, “Is he sane? Is he solid mentally?”

“It just doesn’t seem to be the same person that I was dealing with,” Trump replied. “We had a decent relationship. It was very hard because of the Russia hoax, you know.”

The former president continued, “And I told him. I said, you know, it’s very hard for me to do anything for Russia and for you to do anything because these horrible, horrible people that are, you know, perpetrating this hoax, the Russia, Russia, Russia collusion nonsense, millions of phone calls; I never made one to Russia. Think of it. Millions of calls. They went through the phone records — millions of calls, not one call to Russia. It was a total hoax.”