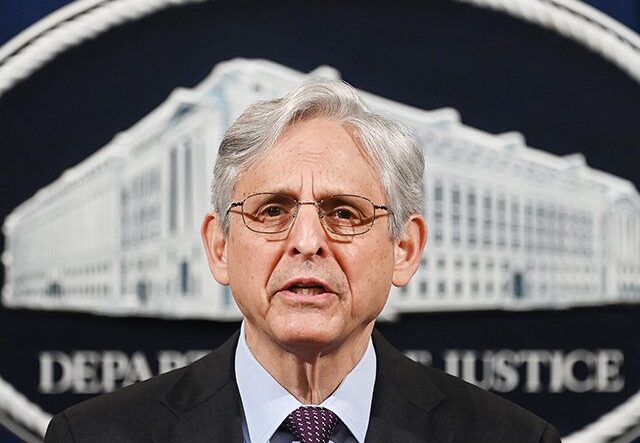 The claim, reported by Fox News, raises new questions about the DOJ’s tactics, as well as doubts about whether the DOJ would be able to use any of the seized materials in a hypothetical prosecution of the former president.

The DOJ is apparently opposing the appointment of a “special master,” a judicial official who would conduct an independent review and decide which materials could be handed over to the government and which materials would have to be returned to Trump and his attorneys.

The FBI seized boxes containing records covered by attorney-client privilege and potentially executive privilege during its raid of former President Trump’s Mar-a-Lago home, sources familiar with the investigation told Fox News, adding that the Justice Department opposed Trump lawyers’ request for the appointment of an independent, special master to review the records.

Sources familiar with the investigation told Fox News Saturday that the former president’s team was informed that boxes labeled A-14, A-26, A-43, A-13, A-33, and a set of documents—all seen on the final page of the FBI’s property receipt —contained information covered by attorney-client privilege.

The FBI seized classified records from Trump’s Palm Beach home during its unprecedented Monday morning raid, including some marked as top secret. But the former president is disputing the classification, saying the records have been declassified.

The attorney-client privilege, protected under the right to counsel guaranteed by the Sixth Amendment to the U.S. Constitution, means that almost any communications from a client to his or her attorney cannot be revealed.

The only exceptions to the rule are when a client is communicating the intent to commit a future crime, or when the attorney is involved in a joint criminal or fraudulent endeavor. A confession of past crimes is still covered by the privilege.

Similar questions about attorney-client privilege surrounded the FBI’s seizure of materials in 2018 from the apartment and office of former Trump attorney Michael Cohen. A special master ruled that two-thirds of the materials concerning communications between Cohen and Trump were covered by attorney-client privilege and could not be used by the DOJ.

Last year, a federal judge ordered the appointment of a special master after the DOJ seized journalist James O’Keefe’s phone. The New York Times, which faced a defamation suit from O’Keefe, had begun publishing legal memos between O’Keefe and his attorneys shortly after the phone had been seized in a raid related to Ashley Biden’s diary, prompting suspicions of leaks.

Legal scholar Jonathan Turley wrote that the request for the appointment of a special master after the Mar-a-Lago raid seemed reasonable, given the search warrant’s broad scope: “The request for a special master would seem reasonable, particularly given the sweeping language used in the warrant. It is hard to see what material could not be gathered under this warrant.”

Speculation has mounted that the true purpose of the raid for presidential documents allegedly retained by Trump was to search for materials that might relate to the Capitol riot on January 6, for which Democrats want the DOJ to prosecute Trump.