Trump Tower Getting Its Own Black Lives Matter Mural 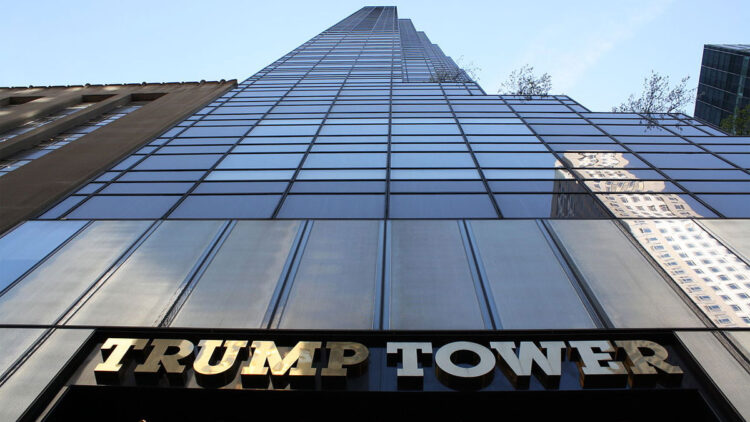 New York City has started to paint a massive Black Lives Matter mural on Fifth Avenue, right outside Trump Tower. The lettering will stretch between 56th and 57th street, potentially closing the road for a couple of days.

According to reports, New York City Mayor Bill de Blasio will be attending the creation of the mural at some point, undoubtedly chasing a photo op that will become a tweet targeting President Trump.

It’s a surprise the Mayor has time for murals considering the anarchy in New York.

The President has already had words with de Blasio over the Black Lives Matter mural outside of Trump Tower. He tweeted the following:

We disagree with the President here, if these murals are going up, they can go anywhere, including Fifth Avenue. It shouldn’t be exempt from the movement because of wealth.

However, we wouldn’t want a Black Lives Matter mural on our road. Especially as the movement has evolved from wanting justice for George Floyd, to being about police brutality against black people, to now being about dismantling America through violent protests.

The last thing we cannot support.

CHECK OUT: Mayor Bill de Blasio blames coronavirus, weather, and everything else but the violent riots when explaining why shootings have doubled in New York City.

Once again we have a Democrat calling President Trump racist because he opposes a movement that’s proven to be violent and anti-America.

Anyone who thinks President Trump is a racist only needs to read Democrat and Georgia State Representative Vernon Jones’ statement.

CHECK OUT: In a statement that should end Joe Biden’s campaign, a Democrat calls him out for his racist past politics. The Democrat even goes on to back President Trump as the person doing the most for black people and supports it all with facts.