U.S. Chamber to Joe Biden: You Can Help Americans by Importing Foreign Workers 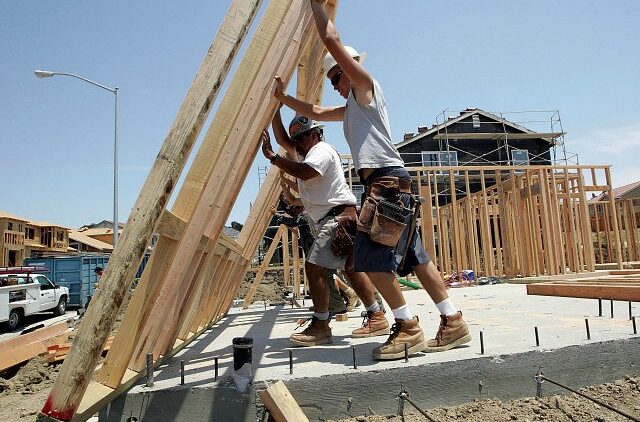 The U.S. Chamber of Commerce says its corporate members can create jobs for Americans if President Joe Biden’s amnesty and migration bill provides them with “the world’s most talented and industrious people.”

The chamber made the January 20 press statement as it applauded Biden’s draft “U.S. Citizenship Act of 2021” that would dramatically accelerate the inflow of foreign workers into Americans’ blue-collar and white-collar jobs. The statement said:

The changes proposed in President Biden’s legislative plan would help many businesses meet their critical workforce needs. Having the world’s most talented and industrious people contribute to our economy drives growth, and in turn, creates jobs for hardworking Americans.

“Nobody believes that,” responded Jessica Vaughan, policy director at the Center for Immigration Studies. The chamber’s companies have shown they want to bring in lower-skilled compliant migrants to take the support jobs created by higher-skilled migrants, even though millions of creative, hard-working, and outspoken Americans are ready to fill both categories of jobs, she said.

The Chamber’s support for Biden’s labor importation bill was explained by Tom Collamore, a former vice president at the chamber. “This is key to stimulating investment of capital [money] that has been sitting on the sidelines, and which would lead to new jobs and economic growth,” Collamore said in a January 19 New York Times article.

“They’re hoarding [the sidelined capital] because they want to invest in [low wage] foreign workers … instead of using it to advance productivity, technology, or wages for American workers,” Vaughan responded. “It is a pretty straightforward admission that what they’re concerned about is their own profits, not the well-being of workers or [technological] modernization.”

“The chamber thinks that Americans who are out of work are not industrious or talented and should be consigned to subsidiary jobs, welfare, and the dole for the rest of their lives,” she added.

In the 2020 election, the U.S. Chamber backed numerous Democratic candidates, largely because the Democrats promised to inflate the labor supply with cheap foreign workers.

“If you have ten people for every job, you’re not gonna have a drive [up] in wages,” Tom Donohue, the CEO of the U.S. Chamber of Commerce, explained to Breitbart News in January 2020. “If you have five people for every ten jobs, wages are going to go up,” he complained.

The vast majority of Americans tell pollsters that the federal government should ensure Americans have decent jobs before it allows companies to import more foreign workers.

The polls show Americans’ deep and broad opposition to labor migration and the inflow of temporary contract workers into the skilled jobs needed by young and mid-career American graduates.

The multi-racial, cross-sex, non-racist, class-based opposition to labor migration co-exists with generally favorable personal feelings toward legal immigrants and toward immigration in theory — despite the media’s magnification of many skewed polls that still push the 1950’s “Nation of Immigrants” claim.

The public’s civic solidarity is derided by investor-backed progressives as “xenophobia.” But migration moves money from employees to employers, from families to investors, from young to old, from children to their parents, from homebuyers to real estate investors, and from the central states to the coastal states.