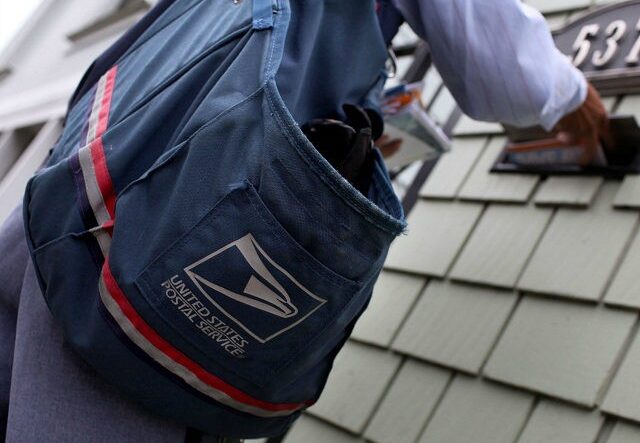 The United States Postal Service (USPS) announced Wednesday that it aims to raise postage prices by July 10 and has filed a notice of the desired changes with the Postal Regulatory Commission (PRC).

The Forever stamp will move from 58 cents to 60 cents, marking what would be its second price hike in a year, CBS noted. In August, it moved from 55 cents to 58 cents. Between August of last year and this upcoming July, the stamp’s cost would have gone up nine percent, or five cents, should the prices take effect. But the Forever stamp is not the only postage increase that could come this summer, according to the USPS:

In its release Wednesday, the USPS said the desired price hikes are a 6.5 percent increase, “which is lower than the Bureau of Labor Statistics annual inflation rate of 7.9 percent as of the end of February.”

Lexington Institute Fellow Paul Steidler told CBS News that the PRC simply offers advisories, meaning the agency can implement the rate changes regardless of what the commission says.

U.S. Postmaster General Louis Dejoy arrives at a meeting at the office of Speaker of the House Rep. Nancy Pelosi (D-CA) at the U.S. Capitol August 5, 2020, in Washington, DC. (Photo by Alex Wong/Getty Images)

Steidler took a dig at DeJoy’s plan, saying the agency is failing to meet its lowered delivery standards, which were scaled back as part of the plan, according to CBS News.

“It’s one thing to have price increases, but it’s another to have absolutely abysmal service accompanying that price increase,” he said. “The price increase is not in the best interest of the American people.”

On the same day as the agency’s announcement, President Joe Biden signed The Postal Reform Act into law, which seeks “to shore up the popular but beleaguered agency’s financial future and cement six-days-a-week mail delivery,” the Associated Press noted.

According to CBS News:

That legislation will provide $107 billion in direct and indirect support for the USPS, such as by allowing future retirees to enroll in Medicare and end a requirement that the agency pre-fund workers’ health care benefits for the next 75 years

A Pew Research Center Poll released in 2020 revealed that 91 percent of Americans view the USPS as favorable, making it “the most popular thing the federal government does,” according to the AP.