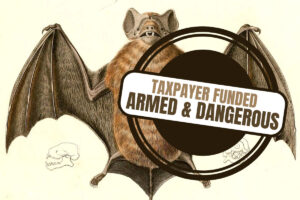 SOURCE: Rep. Guy Reschenthaler (R-PA) told Breitbart that he had written a letter to Secretary of Defense Mark Esper asking about a Pentagon grant that went to EcoHealth Alliance, Inc. A New York firm that used government grants to create subgrants for labs, including the Wuhan lab which the COVID-19 virus allegedly leaked from.

CHECK OUT: At least one Democrat had the decency to pick truth over politics before Joe Biden’s sexual assault press release.

A lot of grants go through the EcoHealth Alliance, including a Department of Defense (DOD) grant for research into “bat-borne zoonotic diseases and their potential as weapons of mass destruction or biological weapons.”

It sounds unreal but that is where taxpayer money goes and the congressman goes on to confirms it.

Rep. Guy Reschenthaler said: “The NIH (National Institute of Health) funded EcoHealth Alliance, which then, in turn, turned around and partially funded the Wuhan Institute of Virology.”

At this point, the amount of taxpayer money that has gone via New York to the COVID-19 lab is unknown but the DOD project was worth $6.5-million.

CHECK OUT: All of America should have chills as the FBI is proven to be involved in a deep state coup.

What we know about the Department of Defence (DOD) taxpayer funded project into weaponized bats.

The congressman said: “The DOD also gave EcoHealth Alliance $6.5 million in a grant, and like you said, that grant was to understand bat-borne zoonotic disease in context with weapons of mass destruction. So what I’m trying to find out is whether or not the DOD funding that went to EcoHealth also went to the Wuhan Institute of Virology. We know that the NIH funding did, and we also know that all money is fungible, but I want to see if we can trace that money to Wuhan to see how much and to what extent the DOD and American taxpayers actually funded the Wuhan Institute of Virology.”

It sounds like a scenario for a conspiracy movie, but this is real-life and the congressman is confirming a connection between the U.S. government, the Wuhan lab, and a weaponized bat project.

The Congressman Will Keep Going

At this point, there is no collective investigation into this, and as of yet, Democrats have pushed back but the congressman is going to continue digging.

If only the Democrats would back the investigation into the Chinese Communist Party, perhaps then we could get answers. However unreal they may seem.

CHECK OUT: Great news for President Trump about the 2020 election.