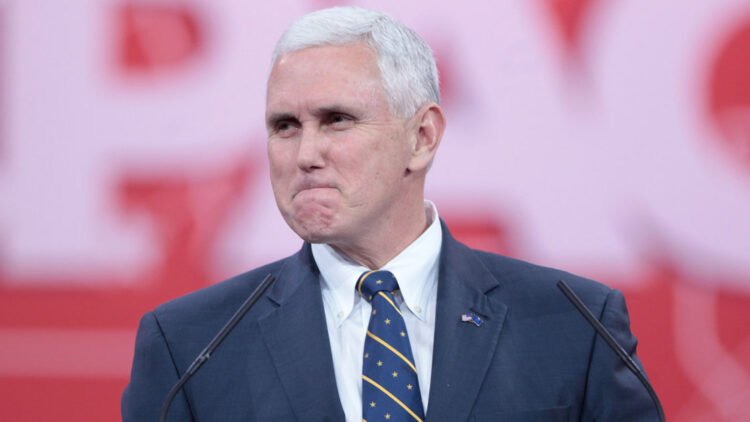 it’s happening, the Vice President debate between Mike Pence and Kamala Harris is going ahead, in Utah, October 7.

The big question is: Why the media push?

It’s not like they’ve been pushing for a Presidential debate.

We believe the answer is obvious.

The Democrats and the Democrat pandering media believe Kamala Harris can take on Mike Pence.

We’re not so sure, considering how underwhelming Harris did during the Democrat Primary (more on that below).

Mike Pence told Hannity: “I think she is a skilled debater, but I can’t wait to get to Salt Lake City and be on the stage –whether to compare Joe Biden’s nearly 50 years in public life, the agenda of the radical left, the agenda that she’s embraced throughout her political career — with the results of this president and this administration.”

In a fair Vice President debate, the truth would crush Harris.

CHECK OUT: Democrat calls out Joe Biden’s racist past and say’s he’ll be voting President Trump in 2020 because he is making a difference to the Black community.

What About Trump vs. Biden?

This is a bizarre 2020. With Democrat Mayors and Governors letting anarchy take-over, while law-abiding citizens are kept locked down. So who knows what will happen in a media controlled debate.

One thing we’re almost certain of is that, with the media promoting Pence vs. Harris and pushing content trying to scrap Presidential debates, it looks like Trump vs. Biden will end up off the schedule.

For those curious, Wikipedia highlights that we have had Vice President debates since 1984, but they’ve been largely pointless and ignored.

She said in a statement: “I’ve taken stock and looked at this from every angle, and over the last few days have come to one of the hardest decisions of my life. My campaign for president simply doesn’t have the financial resources we need to continue.”

The truth behind this statement however would paint a different picture.

CNBC reported that her campaign was chaotic. Stating that her fourth-quarter totals would be a disaster and that events were not going well.

Harris, who wasn’t supported during her own campaign attempt, a campaign where she even called Joe Biden a supporter of racist policies, is now being touted as the future by mainstream media.

Which is further proof 2020 is bizarre.

Are you excited for the Vice President debate?

CHECK OUT: Watch how Joe Biden will deal with China… And then tell us if it made any sense to you? It was incoherent to us.