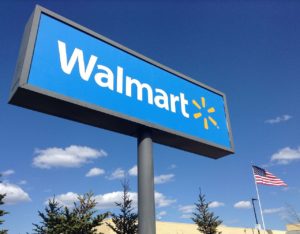 A Texas couple who were both shot by a mass murderer at an El Paso Walmart last month filed a lawsuit against the retail giant this week, claiming the company was to blame for their injuries because it had not employed armed guards at the location where the attack occurred.

The New York Post reported that the suit states, “Jessica Garcia and Guillermo Garcia’s injuries would not have occurred but for the negligence, gross negligence, and premises liability” of Walmart.

The Garcias were shopping at the El Paso Walmart with their children on Aug. 3, when a crazed gunman opened fire, killing 22 people and injuring two dozen more. Mr. Garcia was shot in the spine and remains in critical condition in a hospital, while Mrs. Garcia suffered bullet wounds to her legs and was hospitalized but has been released.

According to the petition filed on behalf of the plaintiffs, the El Paso Walmart where the massacre happened “does not appear to have had any armed guards for security, although a number of other Walmarts around the country do.” The Garcias are also seeking a restraining order requiring Walmart to preserve evidence from the shooting, as the company has already begun renovations at the El Paso location.

Attorney Patrick Luff, who is representing the Garcia family, told CBS MoneyWatch, “Lawsuits against property owners based on these mass shootings are somewhat virgin territory. The law in Texas is very difficult when it comes to premise claims, like this one is, and the Texas Supreme Court is hostile to these claims, but we think a jury of 12 from the El Paso community is going to see that Walmart knew there were steps it could take to make this Walmart safer.”

Luff added, “While we will be seeking compensation, the question for the jury is what is the number that will force the largest retail company to change?”

How has Walmart responded?

A Walmart spokesperson told Reuters, “This tragic event will be with us forever and our hearts go out to the families that were impacted. We preserved what information we have, and we’ve worked meticulously with federal and local authorities as they documented everything that took place on August 3.”

On Tuesday, Walmart announced it would scale back its gun ammunition offerings in response to a series of mass murders across the country, noting that “two horrific events” occurred at separate Walmart locations in the same week.