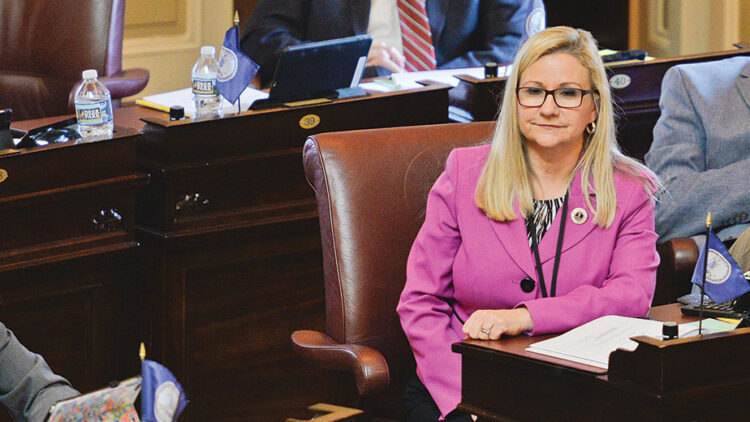 Virginia gubernatorial candidate and Republican state Sen. Amanda Chase says President Donald Trump “should declare martial law” as his challenge continues in the wake of the Electoral College officially voting to affirm Joe Biden as president-elect. POLL: Are you hopeful for 2021?

“Not my President and never will be. The American people aren’t fools. We know you cheated to win and we’ll never accept these results. Fair elections we can accept but cheating to win; never. It’s not over yet. So thankful President Trump has a backbone and refuses to concede. President Trump should declare martial law as recommended by General Flynn.”

On Dec. 1, former national security adviser Gen. Michael Flynn — who was recently pardoned by Trump — tweeted an apparent endorsement of a news release from the We The People Convention, which began:

“Tom Zawistowski, President of the TEA Party affiliated We the People Convention (WTPC) and Executive Director of the Portage County TEA Party, published a full page ad in the Washington Times newspaper demanding that President Trump Invoke limited Martial law in order to allow the U.S. Military to oversee a new free and fair federal election if Legislators, Courts and the Congress do not follow the Constitution.”

In an interview Tuesday, Chase said she was holding out hope that Trump somehow would be declared the winner when the electoral college ballots are formally counted during a joint session of Congress on Jan. 6 — an all-but-impossible outcome, especially as Senate Majority Leader Mitch McConnell (R-Ky.) on Tuesday publicly acknowledged Biden’s victory for the first time since the election. Barring that extremely unlikely turn of events, Chase thinks martial law is in order.

Under martial law, she said, troops would “go and seize these [voting] machines and voting equipment to find the voter fraud. There needs to be a national audit.”

The retired teacher continued, “I taught government for 30 years and have great respect for our constitutional republic. Per that system and the Electoral College vote yesterday, Joe Biden will be the next President.”