W.H.O. Ready to Meet in Geneva and Decide New Name for ‘Monkeypox’ 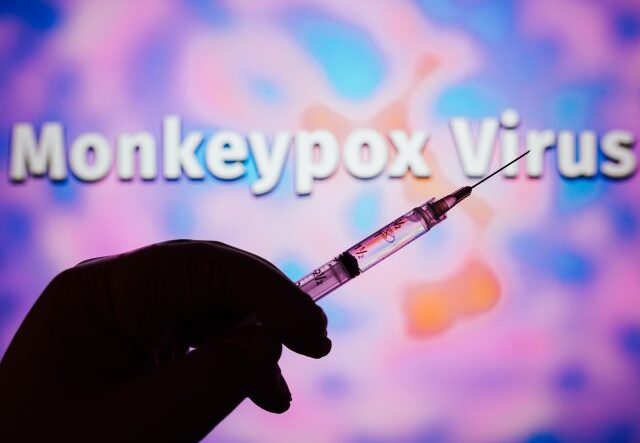 The World Health Organization (WHO) will hold an emergency meeting Thursday at its headquarters in Geneva, Switzerland, to decide a new name for monkeypox while determining if its spread is an emergency of international concern.

More than 1,600 confirmed monkeypox cases and almost 1,500 suspected cases have been reported this year from seven countries where monkeypox has been detected for years and 32 newly affected countries, according to W.H.O. director-general, Dr. Tedros Adhanom Ghebreyesus.

Before this outbreak, monkeypox was only ever seen in areas of central and western Africa.

The virus is not thought to be overly dangerous, however pregnant women and children may be at risk.

Tedros told the United Nations that the “global outbreak of monkeypox is clearly unusual and concerning.”

He believes international coordination is needed to prevent spread of the virus.

He also promised to push for the urgent name change to address concerns about the stigma and racism associated with the word, as Breitbart News reported.

The U.S. Centers for Disease Control and Prevention (CDC) has delivered intimate guidance for those considering sexual activity in an age of monkeypox. The tips come under the published heading Social Gatherings, Safer Sex and Monkeypox.

In Canada, vaccination clinics will be set up by Toronto Public Health for monkeypox at several locations across the city including several bathhouses. (Steve Russell/Toronto Star via Getty Images)

W.H.O. Deputy Director for Emergency Response Ibrahima Socé Fall informed the U.N. the virus is spreading more rapidly throughout Europe, while in other countries, the risk is considered moderate.

As for the name change, a group of scientists said in a statement recently on virological.com the time has come to make a move to stop stigmatizing people from Africa. They said:

In the context of the current global outbreak, continued reference to, and nomenclature of this virus being African is not only inaccurate but is also discriminatory and stigmatizing. The most obvious manifestation of this is the use of photos of African patients to depict the pox lesions in mainstream media in the global north.

Oyewale Tomori, a virologist at Redeemer’s University in Nigeria, said he supported changing the name of monkeypox’s clades as did other colleagues across Africa itself.

“But even the name monkeypox is aberrant. It is not the right name,” he told wire service AFP.

“If I were a monkey, I would protest because it’s not really a monkey disease.”

Monkeypox, according to a description on W.H.O.’s website, “is a zoonosis: a disease that is transmitted from animals to humans.”