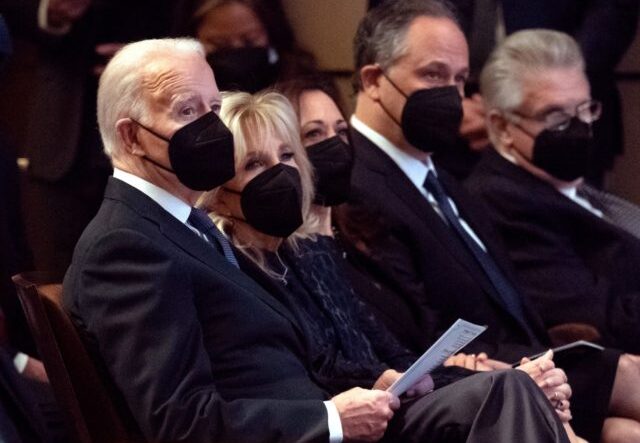 The far-left Washington Post had a tough last week between the amended fact-check of Sen. Tom Cotton (R-AK) and the backlash from a tweet about President Joe Biden attending funerals.

On Saturday, the “paper of record” faced fierce backlash on social media when it promoted a story about whether or not the president’s presence at funerals was the best use of his time. The tweet occurred previewed the president’s attendance at the memorial for former Sen. Harry Reid (D-NV) – the seventh funeral he attended as president.

“Biden, who heads to Sen. Harry M. Reid’s memorial Saturday – his seventh as president – uses funerals to honor his friendships and make a point about bipartisanship,” the original tweet said.

“Not everyone thinks it’s the best use of his time,” it added.

The article, titled “Biden, Funerals and a Bygone Era,” noted that some close allies of the president believe that he has put too much emphasis on attending funerals as part of his relationship-driven approach to politics:

Though attending funerals is frequently caricatured as the purview of vice presidents, in this administration Biden has made sure to go himself, and may have attended even more if not for the coronavirus pandemic.

The tendency to show up for those in mourning is a pattern of his years in public office.

Ted Kaufman, a former Delaware senator and longtime aide to Biden, said that staffers throughout his career have figured out quickly not to fight him too hard on attending these events.

After intense backlash from both Biden fans and Biden critics, the Washington Postdeleted the tweet and said: “We’ve deleted a tweet that inaccurately represented the scope of the story.”\

The Washington Post deleted its tweet several days after it reduced the Pinocchio rating for Republican Sen. Tom Cotton when he accurately predicted that the 2021 coronavirus relief bill passed by Democrats would allow for criminals like the Boston Marathon bomber to receive a relief check.