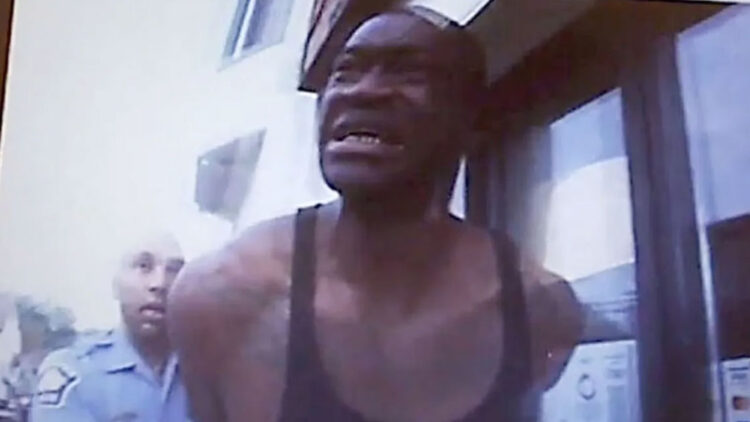 While The Daily Mail focused on the tragic death of George Floyd throughout the reveal, many others who watched the leaked bodycam footage were left asking the question, where the assisting officers overcharged?

CHECK OUT: Watch the Attorney General William Barr ask Democrats to condemn Portland riots. Yet, all he gets is silence.

The bodycam videos are from the perspective of officers first on the scene. Including 18-minutes of footage from former-Minneapolis police officer Alex Kueng and 10-minutes from Thomas Lane.

The officers were called out after a complaint that George Floyd had attempted to use a fake $20 to buy cigarettes at a store in the Powderhorn Park area of Minneapolis.

Both officers were fired and charged for aiding and abetting murder after officer Derek Chauvin knelt on George Floyd’s neck for several minutes.

WARNING: The George Floyd leaked footage below is explicit.

CHECK OUT: A Black Lives Matter protester armed with an AK-47 gets shot by a motorist.

What The Footage Shows

There is no dispute, George Floyd’s death was a tragedy. He did not deserve to die. Yet this bodycam footage paints a different picture than the one the media showed.

Thankfully, trial by media isn’t enough to sentence anyone, and from this footage, aiding and abetting murder charges really does look like an overreach.

What People Are Saying?

Matt Walsh, a hugely popular commentator from the left tweeted:

You know the George Floyd leaked footage asks questions of everything when the left ends up questioning CNN.

A Twitter user who watched the footage said: “If anything, these officers have grounds for constructive dismissal because trying to subdue an intoxicated giant like George is in itself a health risk.”

Imagine the riots if the officers were released and sued…

The story that he had a heart attack is credible if he struggled this hard for this long and had an existing heart condition as well as being on methamphetamine. If the cops get off, and they might, I predict a riot.

We can’t imagine all officers being let off considering the horrific footage of Chauvin kneeling on George Floyd.

Yet one Twitter user said that the choke used wouldn’t strangle George Floyd: “The neck restraint Chauvin used did not choke or strangle Floyd. The autopsy showed that, too. The cops were overcharged & not qualified to address his self-inflicted medical emergency. If justice is served all will walk.”

We’re not choke-hold experts, so we’ll leave that to a jury and a court-of-law to prove/disprove. However, that tweet does lead to another question.

Another Twitter user asked: “I am actually surprised the body cam was released… I also firmly believe people will see it showing drastically different things depending on their own inherent bias. I’m still struggling to understand what happened, what could’ve happened, and what should’ve happened.”

The George Floyd leaked footage is evidence that helps the officers, so we’re confused as to why it has been released too. Although one potential reason is below:

MN Attorney General Keith Ellison interceded and upped the charges, knowing full well it would be hard to convict.

At this point, we’re lost for words.

CHECK OUT: 18 out of the Top 20 Most Dangerous Cities in the United States are run by Democrats. The other two are run by independents.