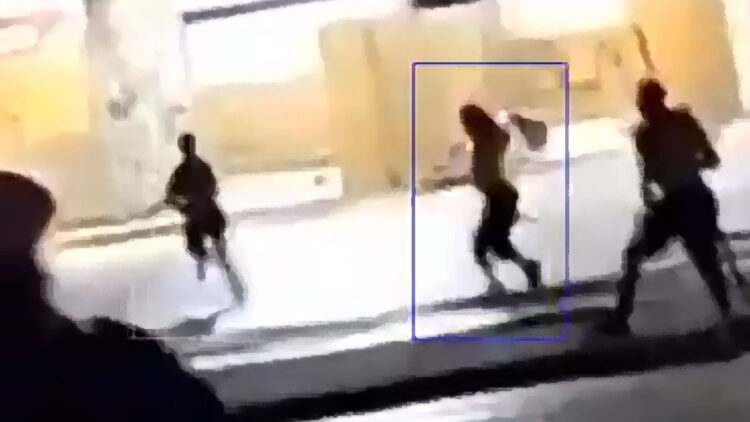 Last night in Kenosha, Wisconsin, the riots over the Jacob Blake police shooting escalated and ended with a teen charged with murder.

The mainstream media have instantly blamed it all on 17-year-old Kyle Rittenhouse, of Antioch, Illinois. Labeling him as a white supremacist.

When you watch the brutal and fatal videos, you can easily make the claim that it was self-defense and not first-degree murder, which is the charge the teen faces.

CHECK OUT: President Trump is saving the world from a radical left philosophy.

There are two shootings. The first shooting ends with one person fatally shot:

1. Rittenhouse is running away from a person chasing him.

2, The person chasing is throwing items at Rittenhouse, who clearly has a rifle.

3. Rittenhouse stops, faces up to the person, aims, does not fire, and continues to run.

4. The chasing person continues after Rittenhouse, who then shoots.

5. Several gunshots are heard, from two different weapons. From one angle it looks as if there were more people chasing Rittenhouse. One of whom looks to be aiming towards Rittenhouse, yet this could be a phone.

6. Rittenhouse remains at the scene and looks to be calling the police or paramedics.

7. Others enter the scene, chasing Rittenhouse away, clearly shouting “get out of here,” and worse.

The second shooting begins with one person fatally shot:

1. Rittenhouse is being chased by lots of people.

2. He stumbles and those chasing catch up.

3. At least three people go for Rittenhouse while he’s on the floor. With one person clearly shouting “Get his *ss.”

4. The first person attempts to stamp on Rittenhouse and falls over. He limps away.

5. The second person attacks with a skateboard, and Rittenhouse shoots that person in the stomach. They immediately drop to the ground.

6. A third person hesitates and doesn’t attack as Rittenhouse points the gun at them. No shot is fired.

7. However, that third person then decides to attack once the gun isn’t pointed at them. At that point, Rittenhouse shoots.

8. Rittenhouse then gets up as a fourth person backs away with their hands up. Rittenhouse does not shoot, he moves away.

It has been alleged that the last person to be shot by Rittenhouse also had a firearm.

🚨🚨🚨: Multiple gunshots are fired after people chased a guy with a rifle. Rifle dude tripped and fell. He fired his gun at a guy who jumped on top of him. pic.twitter.com/BfV244MMnc

Teen charged with murder… Do you agree, or was it self-defense?

The definition of first-degree murder: “An unlawful killing that is both willful and premeditated, meaning that it was committed after planning or “lying in wait” for the victim.”

The first question that has to be asked: Why was Rittenhouse in Kenosha, Wisconsin with a rifle?

There are two considerations:

If it is a person’s right to protest then his presence shouldn’t be questioned only the legality and purpose of the weapon he was carrying.

So, what about his intent:

Whether he’s a police admirer or militia member doesn’t matter. Antifa and Black Lives Matter have both proven themselves as police hate groups. Plus Antifa’s use of IED’s and BLM’s endorsement of looting showcase both as militant groups (domestic terrorists).

So Rittenhouse should be considered like every other anarchist parading about with a gun that shouldn’t be.

Therefore the only deciding factor for whether this teen charged with murder is whether the shootings were self-defense. And both videos prove every shot fired was in self-defense.

In-fact, during both videos, Rittenhouse shows restraint. He doesn’t fire until the last moment, often giving potential attackers a chance to stop.

If at any point those giving chase stopped and let Rittenhouse run away, there would have been no deaths.

Watch the videos and make up your own mind.

For a full breakdown on both shootings watch this video.

CHECK OUT: Recent gun violence is being blamed on President Trump.