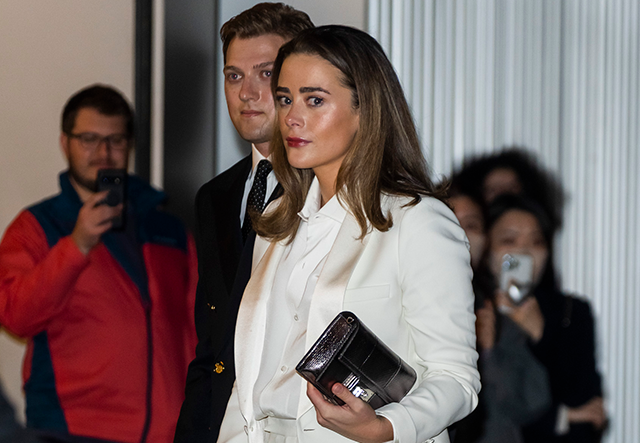 The White House on Thursday reacted to the news revealed by President Joe Biden’s granddaughter that she would get married on the South Lawn.

“[W]e have finally figured out where the ceremony will be… and much to the relief of Secret Service and with the dogs’ endorsement… we’ll be getting married on the South Lawn!” Naomi Biden revealed on social media. “Couldn’t be more excited.”

The wedding is planned for late November, according to Biden.

“Look, that is a personal affair that’s happening,” she said. “That is not White House business, so I cannot speak to that from here.”

She reassured reporters taxpayer funds would not be used for the wedding, but did not go into further detail and ignored questions about any press access to any wedding events at the White House.

Naomi Biden is the daughter of Hunter Biden and his first wife Kathleen Buhle. She and her fiancé Peter Neal were engaged last year.

There have been 18 documented weddings at the White House, according to the White House Historical Association, including daughters of past presidents.

This is the first time a granddaughter of a president has planned a wedding at the White House.

The last time a family member of the president of the United States held a wedding ceremony at the White House was Anthony Rodham, the brother of Hillary Clinton, in 1994.