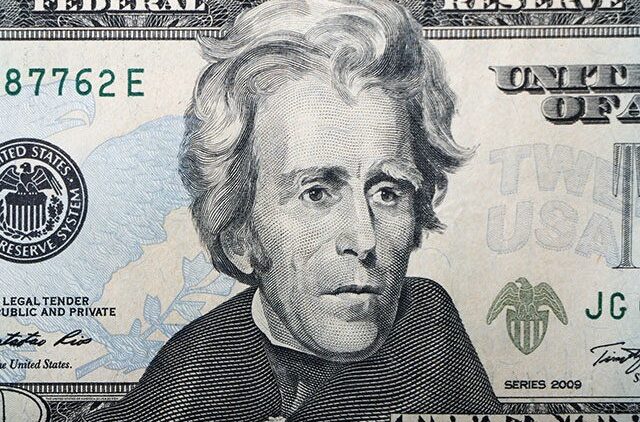 President Joe Biden’s administration will try to speed up the effort to replace former President Andrew Jackson on the $20 bill with Harriet Tubman, the White House said Monday.

“The Treasury Department is taking steps to resume efforts to put Harriet Tubman on the front of the new $20 note,” White House press secretary Jen Psaki told reporters on Monday.

She recalled being “excited” when former President Barack Obama’s administration first put in motion a plan to change the $20 bill.

“It’s important that our notes, our money … reflect the history and diversity of our country, and Harriet Tubman’s image gracing the new $20 note would certainly reflect that,” she said. “So we’re exploring ways to speed up that effort.”

Psaki did not set a timeline for the $20 bill replacement.

Trump opposed the idea, noting that he felt it was “very rough” to take someone off the bill, even though he felt that Tubman was a “fantastic” person.

“I don’t like seeing it,” he said in April 2016. “I think it’s pure political correctness. He’s been on the bill for many, many years and you know, really represented somebody that was really important to this country.”

Former Treasury Secretary Jacob Lew began the lengthy process during the Obama administration in 2016, and although activists had hoped that the process would be finished by 2020, that did not happen.

In July, the Treasury inspector general reported that the Trump administration did not derail the timeline of the Harriet Tubman $20 bill in a report.

“In response to Congressional concerns relating to the timeline for unveiling the design concept of the $20 note in 2020, we found the sequence of the redesign of the $20 has remained the same since 2016 and the announcement of a 2020 release was not endorsed by the ACD,” the report read. “The $20 note has not yet entered the BDP where following the current note development process its design concept will be finalized.”