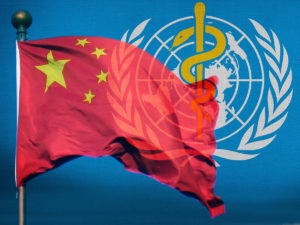 On February 3rd, the WHO chief told his executive board that COVID-19 could be controlled easily on a global scale because of China’s handling of the virus.

This statement was made after China had silenced whistleblowers that had attempted to tell the truth. These whistleblowers were doctors and experts making big claims. Including that samples were being destroyed. These samples would have been vital in prooving the origin and true nature of the pandemic.

In the same briefing, the WHO Chief praised Chinese President Xi Jinping’s leadership and stated without irony, the outbreak would have been much worse had it not been for China’s efforts.

There’s no doubt that the Chinese Communist Party knew about the virus in December 2019. How it started is to be determined, but we do know that China’s government chose to focus on the control of information rather than controlling the outbreak.

Despite the evidence mounting against China’s government, the World Health Organization (WHO) chief Tedros Adhanom Ghebreyesus has not admitted to being wrong or duped by President Xi Jinping. Instead, there has been more praise. Even as China’s propaganda machine blames the United States for a pandemic that clearly started in Wuhan.

CHECK OUT: The five politicians that define the need for term limits.

The WHO chief hasn’t stopped praising China’s handling of the pandemic.

Some of the praise includes: “Beijing had set a new standard for outbreak control,” “bought the world time, even though those steps have come at greater cost to China itself,” and even singled out China’s “transparency,” calling its response “impressive.”

This pro-China stance continues despite reports saying that if China acted when they first knew about its seriousness, 95% fewer people would have died.

It’s not just the WHO’s chief praising China. Leading WHO physician Bruce Aylward said: “if I had COVID-19, I would want to be treated in China.”

At this point, we can’t even say the World Health Organization were duped because they took China’s word about COVID-19 and have backed their every decision. This is despite China lying about the SARS virus back in 2003. If they lied then, blindly trusting them now is at best negligent, at worst, complicit.

This blind support of China has created a wedge between the United States and the World Health Organization. A wedge being forced further apart by China’s continued propaganda against the United States.

Beijing cannot let this pandemic stick to China because it will ruin their image. They want to be the center of the world, and to do that, they must take away America’s superiority.

This is why covering up COVID-19 was their day one objective. If the world knew, it would paint a target on its back for every nation.

Now the pandemic has impacted the world and China’s mishandling is the cause, they have to manipulate the message or risk facing the consequences.

Right to stop WHO funding

The President is right to stop funding the World Health Organization. At this moment, building a case against China’s government is key and helping those who appear part of their propaganda machine is foolish.

The usual band of leftists and anti-Trumpers will continue to call the President’s actions dangerous but making sure the United States isn’t blamed internationally is paramount.

The world cannot let China dodge accountability because what if the next virus has numbers like Spanish flu?

For anyone on the fence over stopping the World Health Organization’s funding, consider this, in December Taiwanese experts told the WHO that the virus spread rapidly between humans. The WHO ignored Taiwan because Beijing refuses to recognize their government. China told the World Health Organization on December 31st that there was no evidence of human-to-human transmission and the WHO simply accepted it.

This is one time when America and the world need to come together against China’s actions. Only time will tell if that happens.

CHECK OUT: FDA play roulette with risky antibody tests that have never been tested on a person.